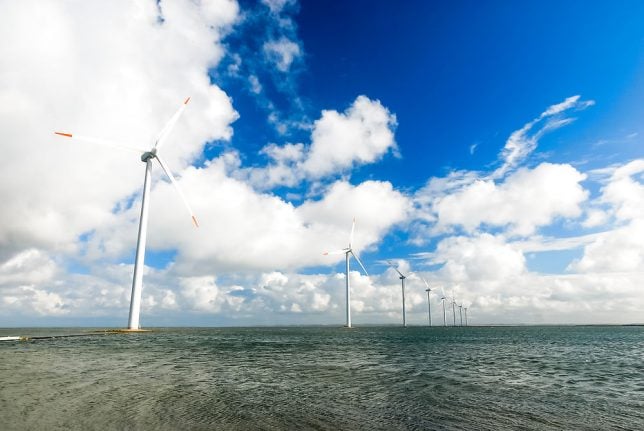 Denmark is still a leader for renewable energy, but its climate policies have undergone a "turn-around". Photo: Iris
After being called out at the COP21 conference in Paris last year for lowering its climate ambitions and slashing green spending, a report released in conjunction with the ongoing COP22 conference shows that Denmark has plummeted in an international comparison of how well the world’s 58 biggest carbon dioxide emitters work to prevent climate change.
Denmark topped the Climate Change Performance Index (CCPI) for the past four years, but the 2017 edition has the Scandinavian country at number 13 and blasts the Danish government’s “turn-around in climate policy”.
“This year’s CCPI confirms that many EU countries, including the UK, Sweden, Denmark and Germany, risk losing their leading role in renewable energy development. Several EU Member States cut back on investments in renewable energy and energy efficiency, questioned agreed long-term mitigation targets or failed to set the necessary policy frame work to deliver on their short-term goals,” Wendel Trio, the director of Climate Action Network (CAN) Europe, said in a press release.
Less ambitious plans
Shortly after taking power in June 2015, the Venstre government announced that it would scale back Denmark's ambitious carbon reduction goals.
The government said that a plan to reduce carbon emissions by 40 percent in 2020 compared to 1990 levels is too expensive for Danish businesses. Instead of pushing to reach the goal, the government instead is sticking to already-approved climate initiatives that the Danish Energy Agency (Energistyrelsen) estimates will result in a 37 percent CO2 reduction.
The nation still has an overall goal to be fully independent of fossil fuels by 2050, however.
An analysis of CO2 emissions by Statistics Denmark last year put the nation's progress towards green energy use in question. Although the statistics showed a 21 percent reduction in emissions between 1990 and 2013, according to the definition provided by the UN Climate Panel, the figures did not take into account emissions from the Danish shipping industry or from the production of Danish goods for transport into Denmark in third party countries such as China.
If those figures are included, Denmark's emissions actually increased by 23 percent from 1990 to 2013.
Controversial decisions
In addition to scaling back its 2020 emissions goals, the government also initially cut funding for a number of projects and planned initiatives on the island of Samsø, which has gained international praise for its efforts to be completely free of fossil fuels by 2030. The Ministry of Energy, Utilities and Climate later backtracked and pledged 7.5 million kroner ($1 million) pledge to the Samsø Energy Academy.
Denmark is also scrapping a PSO (Public Service Obligation) tariff that has been financing renewable energy development since 1998 but the government has said it will find a new way to finance sustainable energy projects.
Climate policies like these were the “driving factor” that sent Denmark tumbling down the CCPI report, where it was overtaken by countries like top performer France, Sweden and Morocco.
“After leading the CCPI ranking for five consecutive years, Denmark had to surrender its position and dropped significantly to rank 13. When it comes to emissions development, renewable energy and energy efficiency the country still performs within the top group, reflecting the results of progressive climate policies in the past,” the report states.
“The driving factor for Denmark’s setback is its policy rating. The country suffered major losses in this area relegating it to the bottom group in the policy category,” the report continues, adding that “the new government no longer actively supports many of the country’s former targets”.
No country “has yet done enough”
The rankings, which are put together by climate organizations Germanwatch and CAN, were based on evaluating each country’s emissions levels, development of emissions, renewable energies, efficiency and climate policies.
The report also evaluates countries’ efforts to implement the Paris Agreement on climate change to keep rising temperatures within 2C (3.6F) above pre-industrial levels.
Wednesday’s index left the top three slots blank, saying that “even after the Paris Agreement came into force, no country has yet done enough to prevent the dangerous impacts of climate change”.
“Denmark could have been the first country to enter the top three, if it had not been for the recent turn around in climate policies,” the report’s authors said.
Danish Climate Minister Lars Christian Lilleholt declined to comment directly on the report rankings but maintained that Denmark is still a clear leader in finding solutions to climate change.
“As a whole, Denmark is placed very high and when I’m out speaking with my European colleagues, we are absolutely among the leaders,” he told broadcaster DR earlier this month.