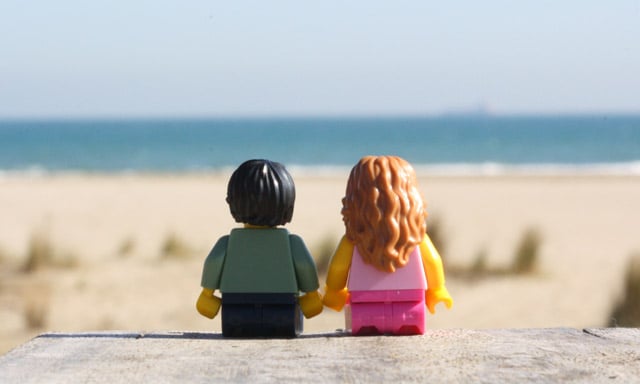 Lego dropped its ties due to pressure from the Stop Funding Hate campaign. Photo: Eva Peris/Flickr
The decision comes after pressure from the groups Stop Funding Hate, which called on corporations to stop giving advertising money to newspapers that espouse “hatred, discrimination and demonization”.
Lego’s advertising promotions with the Daily Mail, which included toy giveaways with printed copies of the paper, came into the group’s crosshairs after an open letter to the Billund-based company from a British father went viral.
Bob Jones wrote that he has often purchased copies of the Daily Mail in order to get the free Lego pack so that he can give it to his six-year-old son. But Jones wrote that the Daily Mail has crossed a line in its recent coverage.
“Headlines that do nothing but create distrust of foreigners, blame immigrants for everything, and as of yesterday [November 3rd, ed.] are now having a go at top judges in the UK for being gay while making a legal judgement. Their stories have gone a little too far. (A lot too far),” Jones wrote in a Facebook post that was shared by thousands.
Jones was referring to the Daily Mail's branding of the high court as “enemies of the people” after the court ruled that parliament must trigger Article 50 to formally begin the Brexit process.

The newspaper then described Sir Terence Etherton as an “openly gay ex-Olympic fencer” in a headline that was subsequently changed.

GAY. A GAY. IN THE JUDGES. GAY. OPENLY. GAY. pic.twitter.com/VWRgwT1wE1

As Jones’s open letter and the Stop Funding Hate campaign continued to pick up steam, the company announced over the weekend that it will no longer advertise with the Daily Mail.

Lego spokesman Roar Rude Trangbaek told The Independent that the company appreciated hearing from concerned parents and “will continuously do our very best to live up to the trust and faith that people all around the world show us every day”.
“We spend a lot of time listening to what children have to say. And when parents and grandparents take the time to let us know how they feel, we always listen just as carefully,” Trangbaek said. “We are both humbled and honoured to see how much consumers all over the world express their care for our company and our brand.”
Lego is the first major company to respond to the Stop Funding Hate campaign, which has been targeting advertisers’ ties to UK newspapers for months. In addition to the Daily Mail, it has gone after The Sun and the Daily Express, accusing the newspapers of promoting a “culture of hate, demonization and division that is poisoning our political discourse”.
The campaign has also pressured the Co-Op Group – whose businesses include supermarkets, insurance companies and electrical retailers – and department store John Lewis. The former has said that it is “reviewing” its advertising strategies while the latter has said it is unlikely to make any changes as a result of the Stop Funding Hate campaign.