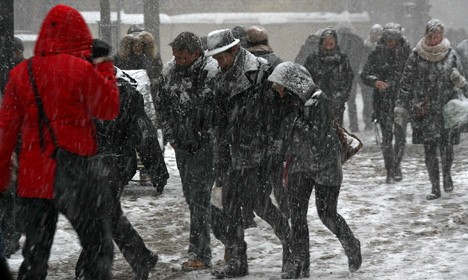 Danes could be facing a rough winter. Photo: Colourbox
According to the Danish Meteorology Institute (DMI) the answer is simple: cold.
DMI released its quarterly prognosis this week and has warned that Denmark is in for a colder than normal winter.
Winter officially begins on December 1st in Denmark, which uses the meteorological rather than astronomical definition of seasons, and already then the cold will be felt.
“December will likely start colder than normal with the possibility of more wintry episodes,” DMI wrote.
The colder-than-normal conditions will be caused by a high-pressure system expected over Siberia and Scandinavia which will result in fewer fronts crossing over Denmark from the west, which usually bring milder weather. DMI said that the fronts that do make it to Denmark are liable to drop large amounts of snow on the country.
The prognosis offered no predictions on a white Christmas, saying it is still too early to tell if the cold start to December will last through to the days of drinking gløgg, decorating the tree and opening presents.
DMI does think, however, that the colder conditions will also be present in both January and February. Those two months are likely to be characterised by extended cold spells and a few milder conditions when warmer air is brought in from the west.
But a repeat of last winter’s fairly mild conditions is not expected.
“It is pretty certain that we will have a significantly colder winter than the last one, which ended at [an average temperature of] 3.1C,” DMI wrote.
Although it stressed the uncertainty in its prognosis, DMI said that the winter of 2016/17 would likely be more in line with the historical norms of 1960 – 1990, when average winter temperatures were around 0.5C, rather than the 2001 – 2010 period, when winter temps were at 1.9C.