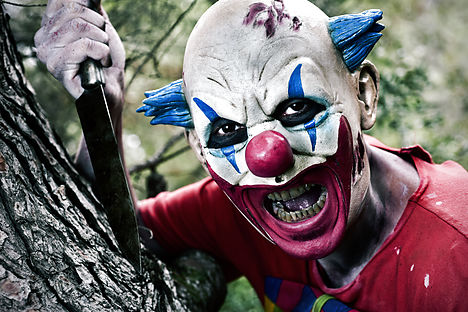 Police said the incident will be treated like a death threat. Photo: nito/Iris
The two girls were playing at the playground of the Bolderslev asylum centre on Friday when four men with clown masks threatened them with knives, clubs and a chain saw, the Southern Jutland Police said.
Police spokesman Erik Lindholdt said the eight-year-olds are residents of the asylum centre and were left terrified by the incident.
According to the police report, four men pulled up to the asylum centre in what was described as “a multi-coloured car”. When they exited the vehicle, one of the masked men made a throat-slashing gesture and yelled something at the girls that they didn’t understand.
“There have been many clown incidents but this is one of the worse. In this case, it has really crossed the line,” Lindholdt told TV2, adding that police are taking the incident very seriously.
“This is a criminal offence. It’s not just a prank,” he added.
Police said that the incident wasn’t reported until five hours after it took place and therefore leads are hard to come by. Lindholdt said it is uncertain if the weapons brandished were real or props. Either way, the eight-year-olds were left “panicked” by the incident, he said.
South Jutland Police are investigating the case as a death threat, which could be punishable by up to two years in prison.
The “creepy clown” or “killer clown” phenomenon reemerged in the US this August, and has rapidly spread worldwide. 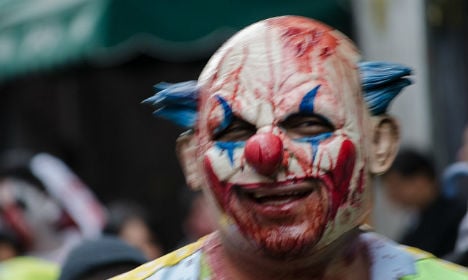 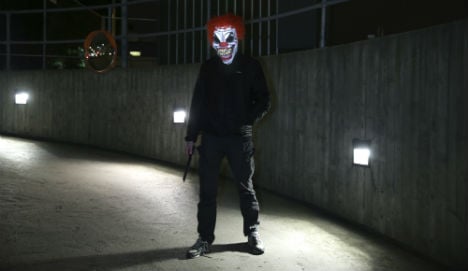