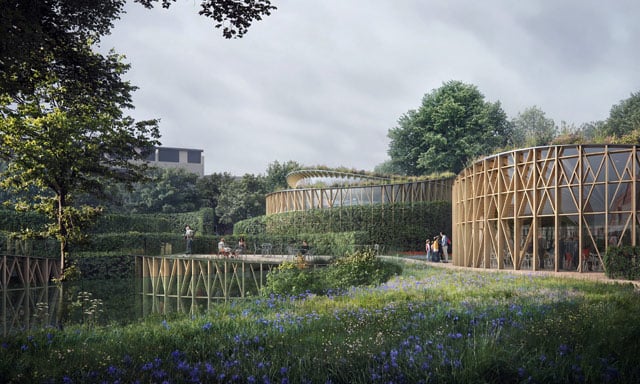 The museum will open in 2020. Image: Kengo Kuma & Associates, Cornelius+Vöge, MASU planning
Best known for works like ‘The Little Mermaid’ and ‘The Ugly Duckling’, Andersen’s fairytales have been translated into well over 150 languages. Over 140 years after his death, he remains “completely and without comparison the world's most famous Dane” in the words of Johan de Mylius, a renowned expert on the author.
Boye announced that the financing of the new 305 million kroner project has now been completed, thanks in large part to the 225 million kroner provided by the A.P. Møller Foundation and 60 million kroner donated by the City of Odense.
It was also announced that the new museum will be designed by Japanese architect Kengo Kuma, whose firm is also tapped to design the new Olympic stadium in Tokyo.