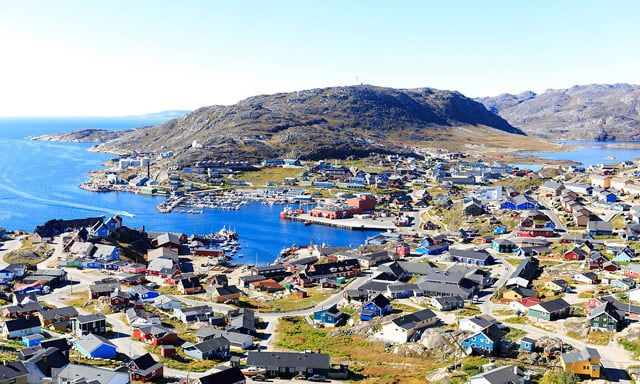 Greenland lifted a ban on uranium mining in 2013. Photo: Iris/Scanpix
“The work for independence is best served by the formation of the broadest and most representative coalition possible,” the new government, still headed by Prime Minister Kim Kielsen, said in a statement.
The coalition consists of the social democratic Siumut party, the left-wing Inuit Ataqatigiit (IA), and Partii Naleraq, which targets rural voters and fishermen. It will control 24 out of 31 seats in the Nuuk parliament.
On the contentious issue of uranium mining, the three parties said they would “bring up the issue when in the future it becomes relevant to discuss new applications” for mining concessions.
While Siumut was part of a slim parliamentary majority that lifted a ban on uranium mining in 2013, the other two parties are against it.
Kielsen's party had disagreed with its former partners, the centre-right Democrats and the anti-secessionist Atassut, on a number of issues, including the cost of a new building for parliament and a scrapped proposal to stop funding some settlements in the vast territory.
The former policeman took office after a snap election in December 2014, prompted by revelations that former prime minister Aleqa Hammond had used public funds to cover private expenses.
Hammond had campaigned on using the territory's mineral wealth to gain full independence from its former colonial master Denmark.
However, those plans were put on the back burner after global commodity prices dropped and it became clear that weaning the territory's economy off an annual subsidy from Copenhagen would not be possible in the near term.