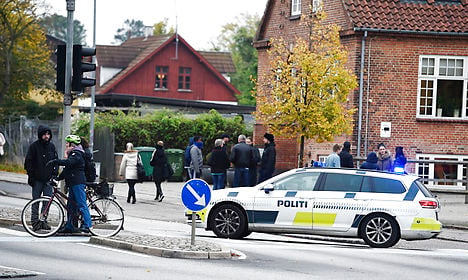 Justice Ministry figures show that 2015 was a pretty quiet year for Danish police. Photo: Claus Bech/Scanpix
The ministry’s crime victim survey, released this week, revealed that just 14 percent of Danish adults were subjected to either violence, theft or vandalism in 2015. By comparison, that figure was at 25 percent in 1987.
The report showed that only 1.3 percent of Danes between the ages of 16 and 74 were the victims of violence last year. Only one out of ten people reported theft and just four percent were the victim of vandalism.
See also: Danish crime levels 'remarkably low' in 2014
The trend follows a 2014 in which crime levels were so low that the Danish National Police said one would have to go “far back in time” to find similar figures.
“Overall, I’m pleased that criminality like violence and theft still remain relatively rare in Denmark. The 2015 figures show that we have a safe society in which criminality does not impact Danes’ everyday life,” Justice Minister Søren Pind said.
The survey didn't only contain positive news, however. The number of women who reported rapes or attempted rapes increased “slightly”, Pind said. Just under two percent of women in the survey said that they had either been raped or faced an attempted rape over the past five years.
There were 480 rapes reported to police in 2015, an increase from the previous year but still in line with historical trends. The ministry said that “in the past 20-30 years, the number has been between 400 and 600 instances”.
The number of actual rapes, however, may be much higher. The ministry said that only slightly more than every fourth rape or attempted rape is reported to police.
“The relatively low reporting percentage for forced intercourse can to some degree be because roughly four out of ten perpetrators are current or previous partners,” a ministry statement read.
At the outset of 2016, it was revealed that as many as 700 rape reports per year were hidden in police statistics by giving them investigation numbers that did not classify them as rape cases. Although this practice was discontinued in November 2015, an unknown number of rape cases has failed to be recorded in official statistics.
Earlier this year, parliament passed a law that increased penalties for rapists and child abusers. Rape committed by force or the threat of force is now punishable by up to 3.5 years, a 12-month increase from the previous sentence. The punishment for raping someone who is unable to defend themselves or express their resistance was increased from eight months behind bars to 14, while the punishment for sexually abusing a child increased from 2.5 to 3.5 years.
With other aggravating circumstances, the penalties can be further increased.
The full Justice Ministry report can be found here (in Danish).