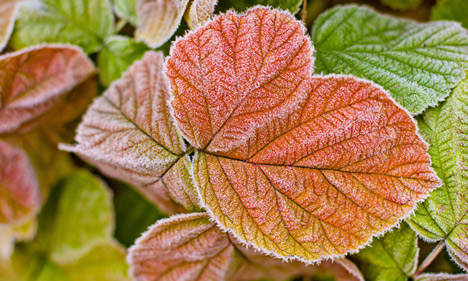 Several weather stations recorded autumn's first freezing temps. Photo: Amakar/Iris
Several of the Danish Meteorological Institute’s (DMI) official weather stations registered sub-zero temperatures in the early morning hours, marking the season’s first dip below the freezing point.
The central Jutland town of Karup was the first to drop below 0C at around 1am, followed by Isenvad, Billund and Vestervig.
According to DMI, Karup dropped down to nearly -2C in the early morning hours.

The Danish Road Directorate reported that the first salt trucks of the season were sent out on the roads in Holstebro.

DMI predicted that parts of Jutland might see sub-zero temperatures again in the early Wednesday morning hours before things warm up a bit for the remainder of the week. By the weekend, daytime highs were expected to reach up to 13C while nighttime lows should not drop much below 5C.