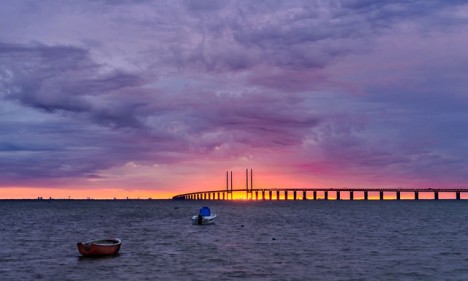 The plaintiffs argue that the checks violate their right to enter their own country. Photo: Scanpix
The Danes are among 565 commuters asking for as much as 30,000 Swedish kronor ($3391) each in basic compensation, a demand which if accepted will cost the Swedish government 25 million kronor ($3m).
The plaintiffs argue that the checks violate both their right to free movement and their right to enter their own country. About a third of them are also asking for additional damages for being forced to move to Denmark, to buy a car, or to leave their job in Denmark.
“It is contrary to Schengen, the European Convention and our form of government,” said Per Tryding, who works for the Swedish  Chamber of Commerce in Malmö, which is leading the suit.
“Moreover, it is in practice extremely difficult for commuters. That's what the complaint to the Chancellor of Justice is about, not border checks.”
The commuters are demanding the money from Sweden's Chancellor of Justice, Anna Skarhed, who is responsible for checking that the Swedish authorities comply with the country's laws and constitution.
“It was a very strange law change which came into place in just a few days, without a consultation process,” said Finn Madsen, the Malmö lawyer representing the chamber.
The temporary identification checks were brought in after a record 163,000 asylum requests were filed in Sweden in 2015.