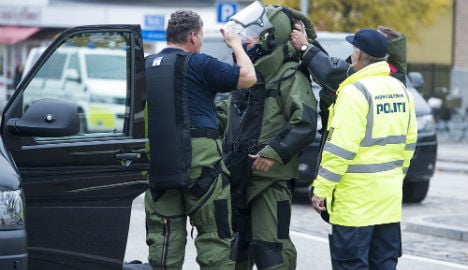 Riot police prepare to raid the man's apartment. Photo: Carl Bech/Scanpix
The man was arrested when police stormed his apartment in the small town of Slagelse at around 6pm.
“The man is already known to the police, and the arrest took place without major drama,” Henrik Karlsen from the South Zealand and Lolland-Falster police told the Ritzau news agency.
He said that the man had “some psychological problems”, but would not be drawn any further on his motives.
The man on Monday afternoon made threats “electronically” to Roskilde and Aarhus airports, Copenhagen’s Rikshospitalet and the Odense University Hospital, The Copenhagen Business School, and the Vestsjællandscenteret and RO's Torv shopping centres.
Additional threats were also sent to other locations in the Danish capital, including Copenhagen Airport, but were not acted on because they all came from the same centre.
The man will appear in court on Tuesday. AARHUS
One fifth of people in Denmark sceptical of Covid vaccine 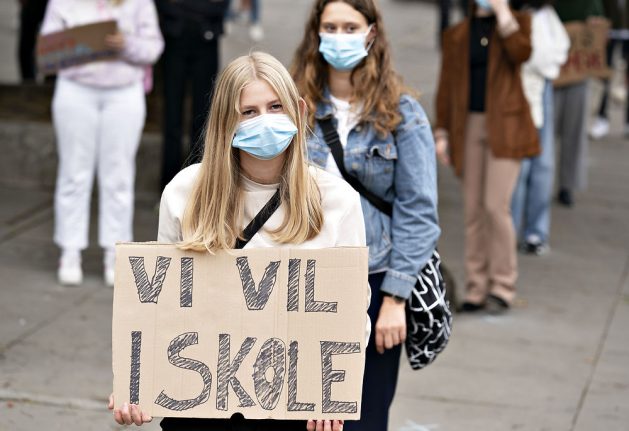