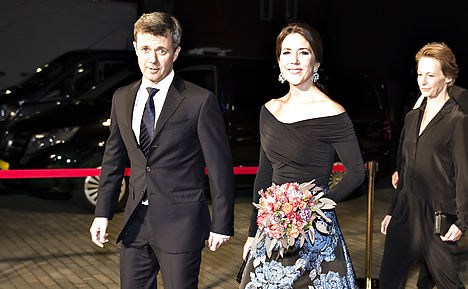 Crown Prince Frederik and Crown Princess Mary at an awards ceremony earlier this month. Photo: Henning Bagger/Scanpix
The crown prince was left with a fracture that will require him to wear a neck brace for the next 12 weeks.
According to the Royal House, the trampoline accident happened at “a private event at a gymnasium”.
The 48-year-old heir to the throne is expected to make a full recovery.
Due to the injury, Crown Prince Frederik was forced to cancel a scheduled reception for Danish athletes who participated in this year's Paralympic Games.
“I am naturally disappointed that I can’t participate in the reception today. I wish all of the participants a good day at Christiansborg,” the prince said via a royal press release.
Crown Prince Frederik’s neck brace should soon make its first public appearance, as the royals said that the injury is not expected to cancel any other public events.