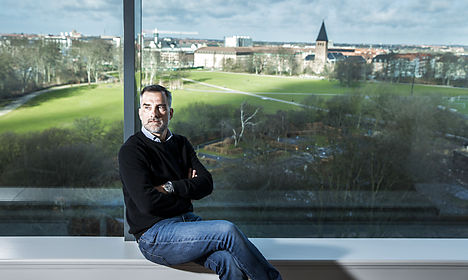 FCK director Anders Hørsholt revealed that he is in talks with other clubs about a new league. Photo: Nikolai Linares/Scanpix
“If we don't act now we will see the biggest clubs grow larger and stronger while it will be increasingly difficult for clubs like us,” he told daily BT.
Hørsholt said he was “actively participating” in talks on “alternative international opportunities”, but added that it was “still too early to talk about concrete models.”
The new project could eventually lead to the clubs involved having to leaved their national leagues, he said.
In addition to Denmark, clubs from the Netherlands (Ajax, PSV Eindhoven, Feyenoord), Belgium (Anderlecht, Club Brugge), Scotland (Celtic, Rangers), Sweden (Malmo FF) and Norway (Rosenborg) were involved in the talks, according to BT.
Denmark's Brøndby said it was not taking part in the talks but that it had received some information about them and that it was “not surprised that alternatives are being discussed.”
Malmø FF sporting director Daniel Andersson told the Malmo24 website that he did not want to comment on the report, but added that “there are many projects afoot. … You don't know what the future looks like.”
Changes to the format of the Champions League are a “scandal” and could spark a revolt among small and mid-size leagues, the head of the European Professional Football Leagues (EPFL) said on September 22nd.
“Why is UEFA capitulating to the big clubs? It's a scandal,” Lars-Christer Olsson, a Swede who heads the association of 25 European leagues, told the Swedish football league website.
UEFA said in August that England, Spain, Italy and Germany would each be guaranteed four berths for their clubs in the tournament between 2018 and 2021.