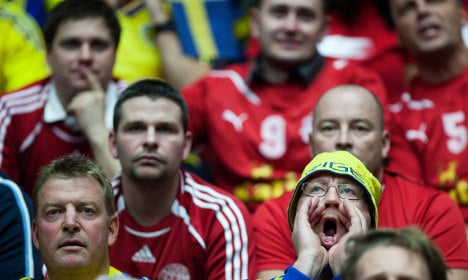 1.  When they argued about plasters

Swedish pharmacies' plan to introduce plasters, or bandaids, for all skin-tones made the Danes roll their eyes about Swedish political correctness. Both countries' foreign ministers even got involved. It got so bad that the Danish foreign minister was forced to apologize after taking the argument too far on Twitter.

How did he apologize? By handing a box of heart-coloured plasters to his Swedish counterpart.

2. When Danish toy catalogues were too white for Sweden

There were no ministerial rows this time, but Swedish campaign group got up in arms a couple of Christmasses ago after a number of Danish toy catalogues were found to have just two photos of non-white children. The Danes did backtrack, promising to introduce more diversity to better reflect society.

3. When they had the most epic Twitter beef of all time

Twitter was never the same again after the official accounts of Sweden and Denmark engaged in one of the most bizarre arguments ever in 2016. It involved elk, Danish sperm banks and Swedes' obsession with rules. There's nothing we can say to do it justice, so just sit back and catch up on the tweets for yourself.

It's one month to the day since Sweden and Denmark had the most epic Twitter war of all time https://t.co/NRoBYDskIL pic.twitter.com/2c3snvKJHO

4. When the Swedes thought Danish diversity was racist

A Danish art project meant to combat discrimination and celebrate diversity was scrapped from a festival in Malmö in 2014 after Swedes signed a petition accusing it of being an offensive blackface performance. So even when both countries agree on the end, it turns out they could not be further apart on the means.

5. When a Dane tried to make Swedes break their 'spiral of silence'

Politically correct Swedes, loud-mouthed Danes. If you needed further proof that the countries tackle this differently, one Danish radio host even targeted his show 'Danmarks Röst' (Denmark's Voice) at Swedes to get them to talk more about taboos. (Others argued that perhaps it was time for the Danes to talk less)

6. When police couldn't tell if a man was drunk or Danish

Swedish police officers were first convinced the reason they couldn't understand a driver who had got his car stuck in the snow was that he was Danish… until they smelled his breath and realized he was only slurring his words because he was drunk. Honestly, who could blame them?

7. When Swedish Santas launched a boycott

Speaking of drunkenness. A pair of Swedish Santas decided to boycott Denmark's annual Santa Claus Congress (it's a thing) after they were heckled by a drunk Danish colleague at the 2013 gathering.

Also demonstrating the countries' different approach to capitalism, they commented to the press: “We realized that it is taboo to provide Santa services for free. Many of the Danish Santas were bragging about how much money they earn.”

8. The countless times they argued about which capital is the best

Stockholm and Copenhagen have long had a friendly rivalry over which city can claim to be the true capital of Scandinavia. The Local's journalists in Sweden and Denmark have also engaged in the battle, arguing about which city is the most hipster and who makes the best meatballs. However, according to a 2016 report, they may both be wrong…

9. Any episode of The Bridge

Whether she's working with Martin Rodhe or Henrik Sabroe, Saga Norén and her Swedish police colleagues frequently clash with their Danish counterparts, be it on politics (remember the gender debate in season three?) or the Swedes struggling to understand the Danish officers.

Can you think of any other times Sweden and Denmark were worlds apart?