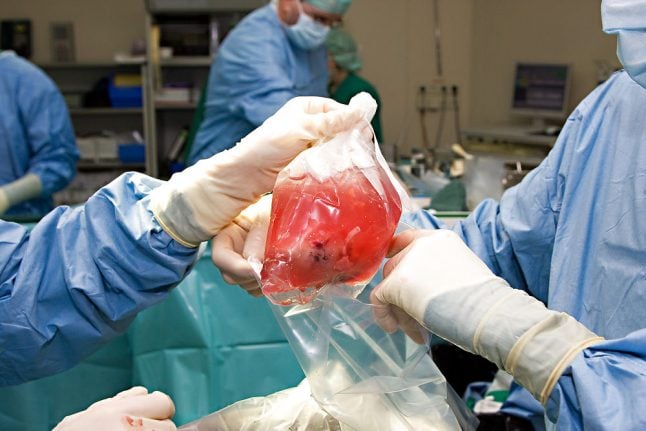 The health minister wants to weigh the ethical considerations of the presumed consent model. Photo: Horizont21/Iris/Scanpix
Health Minister Sophie Løhde said in a press release that she has asked the Danish Council of Ethics (Det Etiske Råd) to weigh in on the ethical implications of changing the organ donation rules.
Løhde said “the time is right” to consider whether Denmark should adopt a “presumed consent” approach to organ donation in which everyone over the age of 18 would automatically be added to the national donor registry (Donorregistret).
Rather than today’s model that requires people to actively register as an organ donor, the minister is considering switching to a model in which people would have to actively remove themselves from the registry.
“Danes generally have a positive view of organ donation and a new survey from Sundhedsstyrelsen [the Danish Health Authority, ed.] shows that an overwhelming majority are also positive about having residents automatically added to the donor registry as potential organ donors,” Løhde said.
“Despite that, there is still a shortage of donor and every single year there are patients who die while waiting for a new heart, a new kidney or another vital organ,” she continued.
Løhde is asking the council to undergo “an ethical consideration” of the presumed consent model. She said that she has not personally taken a position on the matter and will seek parliament’s approval on any changes to Denmark’s organ donation rules.
Under today’s rules, if someone who is not on the donor registry is declared brain dead, the decision on organ donation is left to the person’s family. Løhde said that the current set-up puts family members in a very difficult situation that would be avoided under the presumed consent model.
In addition to asking the Council of Ethics to weigh in on consent, Løhde is also requesting that it look into ethic considerations surrounding anonymous organ donation. In Denmark it is currently allowed for family members to donate a kidney to their immediate relatives but residents who are willing to anonymously donate a kidney to anyone in need are typically not allowed to do so.
The Danish Council of Ethics in an independent body that advises parliament, ministers and other public authorities on ethical issues.
The council is expected to give its recommendation in 2017.