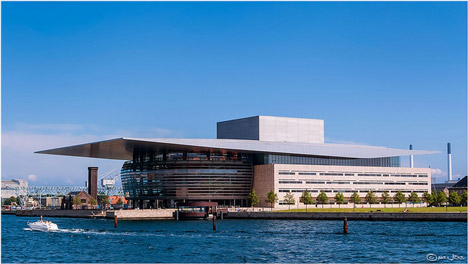 Photo: Joe deSousa/Flickr
The hash was found in the ventilation system under the Opera House’s roof in February but Copenhagen Police kept the discovery secret as investigators tried to track down who had stashed it there.
After seven months of investigations, including reportedly installing surveillance cameras in the hopes that someone would retrieve the cannabis, police told Ekstra Bladet on Thursday that they have officially given up on cracking the case.
The 75 kilos of hash is now being officially classified as ‘lost property’, according to the newspaper’s report.
The Opera House is located close to Christiania's Pusher Street, the open-air cannabis market that residents and police are trying to close down after the shooting of two police officers on August 31st.
See also: Police cameras in Pusher Street promptly torn down
Commissioner Steffen Steffensen told Ekstra Bladet he had no comment on whether police belive the cannabis was intended for Pusher Street. He confirmed that the investigation is now over.
“As it looks now, we won’t get any further in the case,” Steffensen said.