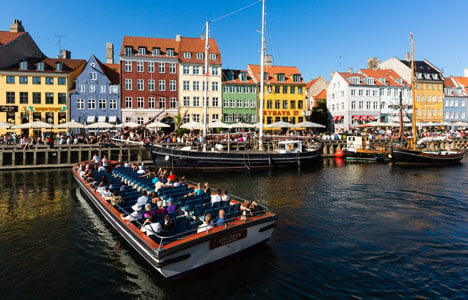 The tour operator said it had followed all of the rules and the accident is the only one of its kind in 25 years. Photo: Colourbox
The incident happened in 2014 on a tour through Copenhagen’s canals. The girl got her lower arm stuck between the tour boat and the loading dock. Her arm was injured so badly that it later had to be amputated.
The Eastern High Court on Tuesday ruled that Netto-Bådene had violated sea safety laws and thus upheld a lower court’s decision to fine the tour operator.
See also: Copenhagen tourist's death still hard on family
The company’s lawyer had argued that the incident was a freak accident and is the only time such a thing has occurred in the 25 years that the company has given harbour and canal tours.
“Netto-Bådene had all of its paperwork in order and the rules were followed to to the letter,” lawyer Niels Jørn Friborg said in court, according to Ritzau’s report.
The 2014 incident led Netto-Bådene and other Copenhagen tour operators to instal protective barriers on their boats to avoid a similar accident.