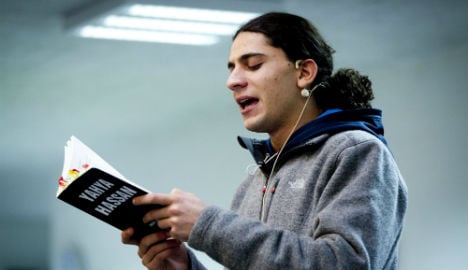 Yahya Hussein was jailed on Friday for 21 months. Photo: Johan Gadegaard/Scanpix 2016)
Hassan's debut poetry collection sold a record 100,000 copies in just a few months in 2013, in a country where poetry collections are usually printed in the hundreds.
Writing in all caps without any punctuation, he used street slang and blunt word play to deliver a damning indictment of his parents' generation of immigrants who came to Denmark in the 1980s, describing domestic violence, benefits fraud and religious hypocrisy on the Aarhus housing estate where he grew up.
In the poem “Satellite dish” he writes: “WE HAD NO DANISH CHANNELS/WE HAD AL JAZEERA … WE HAD NO PLANS/BECAUSE ALLAH HAD PLANS FOR US.”
But on Friday, an Aarhus court handed the 21-year-old a one year and nine month prison sentence for shooting and injuring a 17-year-old man and for 34 other offences ranging from driving under the influence to stealing 64 kroner (8.6 euros, $9.7) worth of beer in a bar.
The writer claimed to have been acting in self defence after the unarmed 17-year-old hit him.
In 2013, Hassan, a tall, gangly teenager with curly hair pulled back in a trademark ponytail, became an instant media sensation after claiming the children of immigrants “were not let down by the system, but by our parents.”
The anti-immigration Danish People's Party (DPP) hailed his message, which they saw as confirming what they have said about immigrants all along.
“I think it's really hypocritical that people who buy his books and praise him have previously been so opposed to what the DPP has said for many years,” the party's co-founder, Pia Kjaersgaard, told tabloid Ekstra Bladet at the time.
Aged 13, Hassan was placed in the first of a series of institutions for juvenile delinquents where social workers said they were unable to handle him. At 16, he was introduced to literature by a female teacher who was later fired for having had a sexual relationship with him.
Two years later, living in Copenhagen, he had won several literary prizes and had become the darling of Denmark's cultural elite. But he seemed unwilling — or unable — to shake off his past, moving back
to Aarhus a few months after his breakthrough.
Many young Danes of immigrant origin disliked Hassan for his negative views on their communities and their religion. In November 2013, he was assaulted in Copenhagen's main train station by a 24-year-old man previously convicted of trying to commit an act of terror.
Death threats against him began appearing in social media, meaning he had to live under the protection of the Danish Security and Intelligence Service, which he later renounced.
An attempt to enter parliament for a political party targeting the immigrant vote failed, and he was kicked out of it following a series of controversies that included driving under the influence of drugs.
Hassan began writing increasingly aggressive Facebook posts, and a confused television interview in February had many questioning his mental health.
Danish author Kaspar Colling said the former wunderkind was living with a double threat: from Islamists as well as immigrant youth who viewed him as a “traitor”.
“I met him one day when he had been assaulted three times. He had only been to (supermarket) Netto,” he told daily Politiken.
The writer's publisher should have removed some of the wider criticism of Islam that was non-essential to his work, since an 18-year-old was unable to foresee the consequences, he argued. 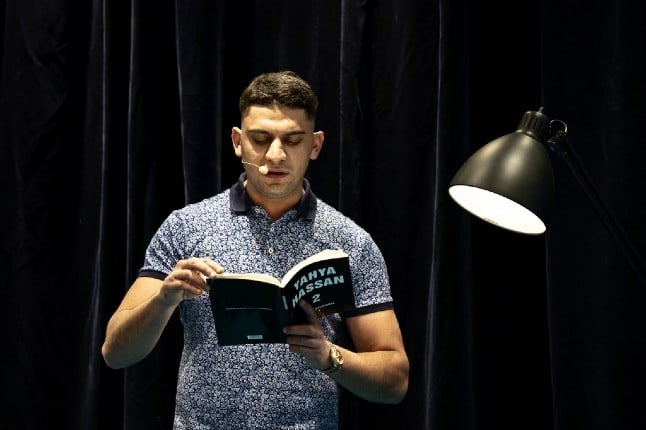 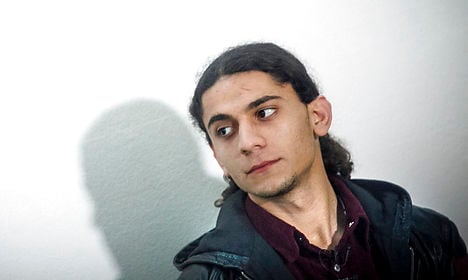