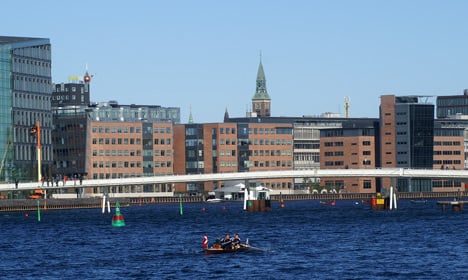 Copenhagen: Most livable city in the world. Photo: Colourbox
The magazine released its 2016 city rankings this week and Copenhagen took the top spot, followed by Berlin and Helsinki.
As was the case when Copenhagen was declared the world’s best city for cyclists, the Metropolis honour was based largely on the city’s accessible infrastructure.
“For the average Dane, cycling is not a display of athleticism but a part of everyday life. Today almost 45 percent of Copenhagen’s population commutes by bike, a result of efforts on the part of the city to enhance infrastructure through the Bicycle Strategy 2011–2025,” the magazine wrote.
Metropolis heaped praise upon Copenhagen’s new-ish batch of cycling bridges that have made the city more accessible in recent years. Just this summer, city residents were finally treated to the long-delayed opening of the 180-metre long Inderhavnsbro (Inner Harbour Bridge) that connects the Nyhavn and Christianshavn districts.

The newly-opened Inderhavnsbroen makes getting from Christianshavn to Kongens Nytorv a breeze. More info on the bridge here: https://www.thelocal.dk/20160708/copenhagen-inner-harbour-bridge-inderhavnsbroen-opens

The Inner Harbour Bridge joined the much-beloved Cykelslangen, Danish-Icelandic artist Olafur Eliasson’s futuristic-looking Cirkelbroen (the Circle Bridge) and the recently-completed Harbour Circle path as the newest improvements for the capital’s two-wheeled commuters.
Metropolis also highlighted Copenhagen’s efforts to become the world’s first carbon-neutral capital and its proactive approach to preparing for extreme weather and rising sea levels that will be brought on by climate change.
Copenhagen’s number one ranking comes after holding the top spot in a similar list compiled by the London-based Monocle magazine.
The Danish capital was Monocle’s ‘most livable city’ in 2013 and 2014 and was ranked number four in the most recent Quality of Life Index, released earlier this summer.
The top ten cities in the new Metropolis magazine list were:
Copenhagen
Berlin
Helsinki
Singapore
Vienna
Tokyo
Oslo
Melbourne
Toronto
Portland