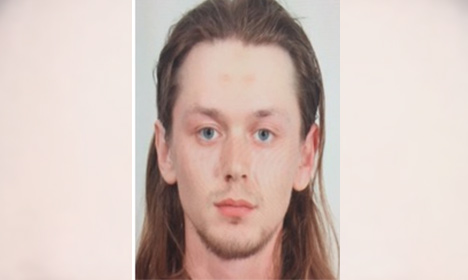 Mesa Hodzic's lawyer said he died just before 2am on Friday. Photo: Københavns Politi
The suspect, identified in press reports as Mesa Hodzic, was declared dead just before 2am, the Independent Police Complaints Authority (Den Uafhængige Politklagemyndighed) said.
“The 25-year-old man … died overnight in Rigshospitalet [hospital] from his injuries,” the agency, which is investigating the incident because police used their guns during the arrest, said in a statement.
See also: What we know about the Christiania shooting
Hodzic was suspected of shooting two police officers and one civilian in Christiania on Wednesday night. One officer was shot in the head and is still in critical condition, while the other two men suffered only minor injuries.
The 25-year-old was still armed when police confronted him in a residential area near Copenhagen Airport. He was shot by Copenhagen Police's Special Intervention Unit during his arrest and was taken to hospital.
Hodzic was a Danish citizen who came to Denmark from Bosnia at the age of four.
Police said on Thursday that Hodzic has “ties to [militant Islamist group] Millatu Ibrahim and sympathies for [terrorist group] IS,” but stressed that there is “currently no evidence” to suggest that the shooting was a result of his Islamist beliefs.
Hodzic has a history of violence and was acquitted in 2010 on charges of stabbing a man during a fight. His father was also involved in the fight and was found guilty.
Before his death he was facing three counts of attempted murder, illegal possession of a firearm and drug trafficking charges.