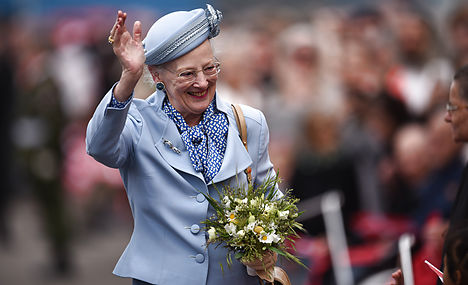 Queen Margrethe's state visit to Turkey had come under fire from critics. Photo: Mathias Løvgreen Bojesen/Scanpix
The queen was due to travel to Turkey along with Foreign Minister Kristian Jensen and a delegation of Danish business leaders in mid-October.
The planned trip had come under pressure in recent weeks due to concerns over Turkish President Recep Tayyip Erdoğan’s crackdowns after a failed July 15 coup. Queen Margrethe was due to meet with Erdoğan, and some critics said that her trip would be seen as a stamp of approval for his response to the crisis, which has included detaining more than 60,000 people.
On Wednesday, Jensen announced that the trip has been called off for now due to the uncertain state of affairs in Turkey.
“After consulting the Turkish government, it has been decided to delay the planned state visit to Turkey due to the state of emergency. It is unfortunate but we look forward to finding new dates for the trip when it is possible,” the foreign minister said in a statement.
“In the current situation, there is a continued need for an intensive and political and commercial dialogue with Turkey,” Jensen added.
Turkey’s economy minister, Nihat Zeybekci, will be in Copenhagen on Thursday along with a Turkish business delegation. He will meet with Jensen as part of his visit.
Following the failed coup, Jensen tweeted that Denmark “condemns the military’s actions in Turkey and supports the democratic institutions” in the country.

He added that he was firmly opposed to Erdoğan’s flirtation with reinstating the death penalty.
“I call on Turkey not to impose death penalty, to secure fair trial and urge all to exercise restraint,” the Danish foreign minister said.

I call on Turkey not to impose death penalty, to secure fair trial and urge all to exercise restraint #Turkey #TurkeyCoup #dkpol