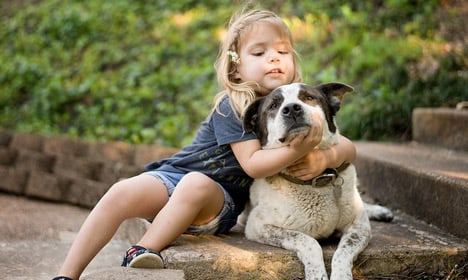 Photo: Donnie Ray Jones/Flickr
According to a report from the science site Videnskab.dk, a Danish study has found that children’s risk of developing eczema (atopic dermatitis), a common childhood condition that results in itchy and irritated skin, is greatly reduced when there is a dog in the house.
In fact, the more dogs the better, as the risk of developing eczema falls in tact with the number of four-legged companions present.
Analyzing data from more than 400 children over several years, the Copenhagen Studies on Asthma in Childhood (COPSAC) found a “strongly reduced risk” of eczema when babies are exposed to dogs.
“We are really surprised by the result. I’m particularly impressed that the risk falls along with the number of dogs. There is very strong statistical documentation showing a clear connection between dogs and the risk of childhood eczema,” Hans Bisgaard from the Danish Pediatric Asthma Center told Videnskab.dk.
The researchers followed two large cohorts of children. One group consisted of 411 children born to mothers with asthma while the other was made up of 700 randomly-selected children. In the first group, children without dogs in the home had a 48 percent risk of getting eczema, while that number dropped all the way to 25 percent when dogs are present.
The results in the second group were less dramatic, with the presence of a single bringing the risks down from 29 to 20 percent. However, researchers found that when two or more dogs were present, the risk plummeted all the way to just five percent.
“With two independent cohorts, we have shown that dogs in the home significantly reduce children’s risk for developing eczema,” Bisgaard said.
Although he said the benefits of having dogs in the household are clear, Bisgaard can’t yet explain why.
“We don’t know the exact reasons but I suspect it has to do with bacteria. Dogs stick their noses where we humans don’t. They are unhygienic and thus spread a lot of bacteria,” he said.
“It’s important to stress that this is an interpretation but the results support our hypothesis, shared by many other researchers, that the reason so many children suffer from childhood eczema and other chronic illnesses is an imbalance in the bacteria environment early in their lives,” Bisgaard added.
According to the Danish Healthcare Services, around 20 percent of all children suffer from eczema.
The Danish study has recently been published in the journal Allergy. 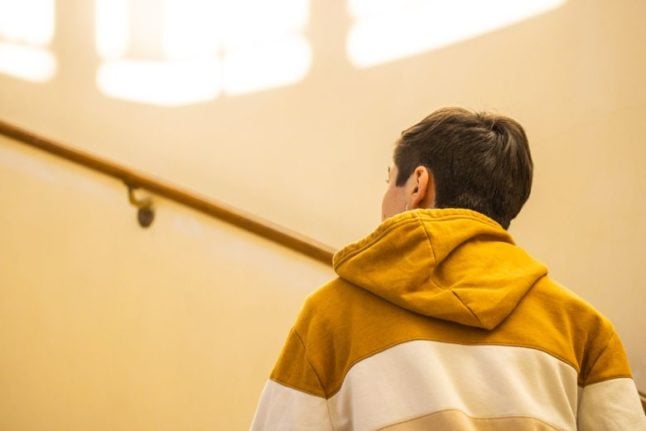