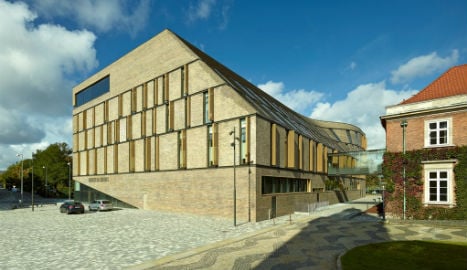 The court at Frederiksberg. Photo: Bygstryelsen
The girl killed her 20-year-old brother last April by stabbing him several times in the neck with a kitchen knife, contacting police to confess only minutes later.
“He is not a normal human being. He is mentally ill, like a three-year-old child in a 18-year-old's body,” the girl said in a call to the emergency services, which was replayed in Copenhagen's Frederiksberg courthouse.
“I've just always hated him because he has ruined my life. Throughout my childhood, I have never wanted to invite anyone home because he was there.”
In a document found in the girl's room in the family's home in northwest Copenhagen, police found a set of instructions she had written for herself, which included actions such as “close the door to mother's room”, “take knife and mobile phone into his room”.
She had also carried out internet searches on how to kill someone, how to cut someone’s head off, and how to survive in prison. She had even discussed the murder with a friend on internet chat, saying “I've always dreamed of committing the murder.”
Court psychologists ruled after her arrest that she was not insane, making it appropriate for her to serve a normal prison sentence. But Denmark’s Medical Legal Council (Retslægerådet) later carried out a second examination, which judged that she was in fact too mentally ill to be punished.
The judge at Frederiksberg court ruled that she should be confined in a psychiatric ward until deemed safe for release.