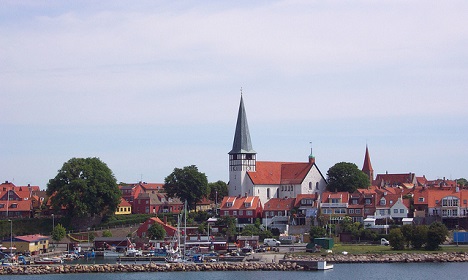 Rønne harbour. A number of new asylum centres have been established on the island of Bornholm in recent years. Photo: Ehrenberg Kommuni

The Danish Red Cross reported the incident to the Danish Immigration Service after an asylum seeker living at the centre told staff that the man had attempted to radicalise the residents.

The incident purportedly took place in April this year.

The Slottet (Castle) asylum centre is located in the middle of the island’s ‘capital’ Rønne, housing 234 residents from 13 different countries – many of whom are from areas which have been ravaged by Isis militants.

Neither the Danish Red Cross nor the Danish Immigration Service are willing to comment on the specific incident. It is unknown whether any actions have been taken in response to the incident or if charges have been brought against the man.

Speaking to DR Bornholm, former Danish intelligence service PET chief Hans Jørgen Bonnichsen said that this was both a rare and serious incident.

“I am not familiar with any trends that point toward [Isis] trying to affect refugees – refugees who, of course, have been sent on the run by the horrific terrors committed by Isis,” Bonnichsen said.

He finds the whole episode to be an unlikely or at least ill-conceived attempt at radicalising people, however.

“Isis wouldn’t be dumb enough to allow a man to go around telling strangers he is working on their behalf. Presenting yourself as a member of a terrorist organisation is almost a violation of the law.”