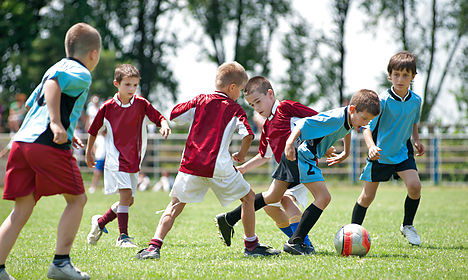 Parents from abroad - particularly the United States - want to be sure it is safe to send their children to play football in Denmark. File photo: Dusan Kostic/Iris/Scanpix DK
Frederikshavn, on the north eastern coast of Jutland, has welcomed youth teams from 21 countries as host of one of Denmark's biggest summer football tournaments, CupNo1, which runs from 11th-16th July.
But tournament organiser Ronni Knudsen told broadcaster DR Nordjylland that he had been contacted by between eight and ten foreign parents who asked about security arrangements in the harbour town.
“It's mainly Americans seeing ghosts, if you can put it that way. They see what is happening in Europe [including terror attacks in Paris and Brussels, ed.] and want some information about security,” said Knudsen.
The football coach told DR that, in three years working as CupNo1 organiser, he had not previously experience any safety concerns from parents.
Knudsen says that he does not make guarantees and refers parents to follow the general advice of the Ministry of Foreign Affairs.
The number of American teams participating in CupNo1 has increased significantly – from 13 to 27 – since 2015.
A total of 3800 players will take part in the tournament, reports DR Nordjylland.
A similar summer football cup, Herning's Dana Cup – the largest of its kind in Denmark – has not experienced similar queries from worried parents, says Jette Andersen, chairperson of the Fortuna Hjørring club.
“But there's no doubt that security has been increased [at Dana Cup]. The police take care of that,” Andersen told DR Nordjylland.