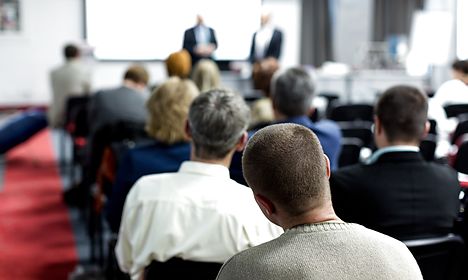 File photo: Scanpix/Iris
The schools will now run tight checks of students before accepting them on to courses, Danish Folk High School Association (Folkehøjskolernes Forening) General Secretary Niels Glahn told Politiken.
Folk high schools (Folkehøjeskoler) are non-degree awarding adult education institutions based on the ideas of eighteenth century Danish philosopher N. F. S. Grundtvig. Students usually board at the schools for up to six months and many courses are open to both foreigners and Danes.
Twenty such foreign students – including 15 from Nepal – have disappeared or not shown up on the first day of classes since 2015, according to research carried out by the Politiken newspaper.
Data from the International Recruitment and Integration Board (Styrelsen for International Rekruttering og Integration) shows that of 98 visas given to Nepalese citizens for folk high school studies in 2015, 47 were subsequently withdrawn.
According to the Politiken report, the visas were 'often' withdrawn due to the passport holder disappearing from the country.
The temporary visas allow free travel within the EU's Schengen zone.
“We are advising our schools to use Skype interviews with potential students in order to assess them, and they also attend interviews at the embassy in Nepal before being given visas,” Glahn told Politiken.
A number of the affected schools told Politiken that they had traced some of the missing students to Portugal.
“We are aware that we should not be a Trojan Horse for students that want to get into the EU, but it's not possible to guard against completely,” said Glahn.
Jan E. Jørgensen of the Ministry of Integration told Politiken that the government would look into the issue.
“We must try to address this without the side effect of making it impossible to attend folk high schools in other countries. There are many young Danish people that benefit from this,” Jørgensen told Politiken.