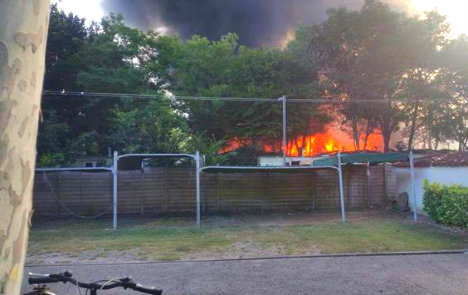 Nobody was injured in the blaze, which broke out at around 6.30am on Monday at the 55-hectare Prà delle Torri holiday resort in Caorle, near Venice.

Fanned by strong winds over the Italy's Adriatic coast, the flames tore through an area of the resort filled with bungalows – transforming many visitors' stay into a holiday from hell.

“The flames spread really quickly, we weren't able to do anything and have lost everything,” the Italian site Venezia Today reported one of the guests as saying. “We ran away as soon as we saw the flames just a few metres away from us.”

Over 2,000 campers were evacuated and some 40 families of international holidaymakers reportedly saw their mobile homes go up in flames. The fire also reduced rows of the wooden holiday homes to ash.

“It looked like it had been bombed,” another guest told Venezia Today. Venezia Today reported that the fire was caused by a 55-year-old Danish man, who left one or more candles burning when he and his family went to bed on Sunday night. As of Tuesday morning, this had not been confirmed by the Italian authorities.

The Danish Foreign Ministry said it was aware of the incident and in close contact with both Italian authorities and the affected Danes.

“Via the Danish Embassy in Rome, we are in close contact with the Danish citizens at the camping resort and we are ready to offer them consular support,” spokesman Folmer Jensen told Ritzau.

As the fire spread on Monday, a huge column of black smoke could be seen hanging above the resort, which accommodates up to 7,500 visitors.

The resort includes a hotel, a campsite, a golf-course, a swimming pool and several holiday homes. Reports suggest the fire has caused hundreds of thousands of euros worth of damage.

A video of the incident can be seen below. 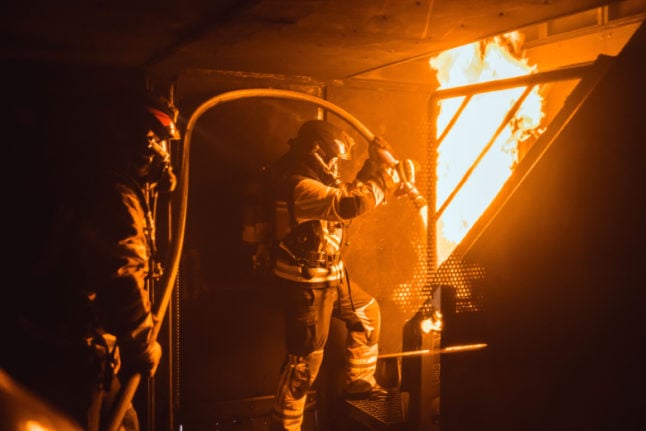