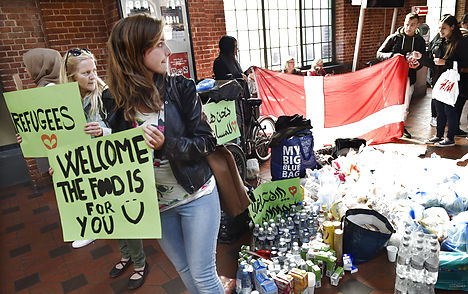 File photo of volunteers awaiting arriving migrants at Copenhagen Central Station. Photo: Nils Meilvang/Scanpix
The Danish National Police (Rigspolitet) said in a press release that Copenhagen Police caught five people trying to enter the country on falsified documents.
Two men and three women between the ages of 26 and 35 with Iranian nationality were arrested late Tuesday at Copenhagen's airport and placed in detention for using fake documents.
The five arrested had in their possession more than 129,000 kroner and police used the 'jewellery law' provision to confiscated dollars and euros amounting to a total of 79,600 kroner.
The controversial legislation allows police to confiscate cash and valuables above 10,000 kroner from arriving migrants and asylum seekers.
All five who were arrested have asked for asylum, police added.
The ‘jewellery law’ put Denmark squarely in the international spotlight, with human rights groups describing the bill as “despicable” and “vindicative” and some international commentators even drawing parallels to the confiscation of gold and other valuables from Jews by the Nazis during the Holocaust.
The incident at the airport marked the first time that the provision has actually been used.
“Danish police are paying daily attention to whether those asylum seekers and foreigners we encounter who are here illegally have values that can help to finance the costs of their stay. Now, police have found valuables that could be seized for the purpose,” Per Fiig, the chief of the National Police Immigration Centre (NUC), said.
With the massive influx of refugees and migrants to Europe, many from war-torn Syria, Denmark received more than 21,000 asylum applications last year, a 44 percent jump from 2014.
The crisis has led the Nordic country known for its social benefits to tighten border controls which were recently extended until November.
Denmark has criticised the European Union for a lack of security at the bloc's external borders. 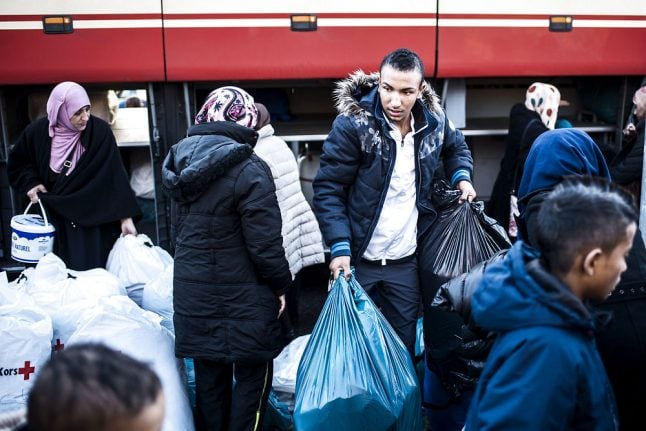 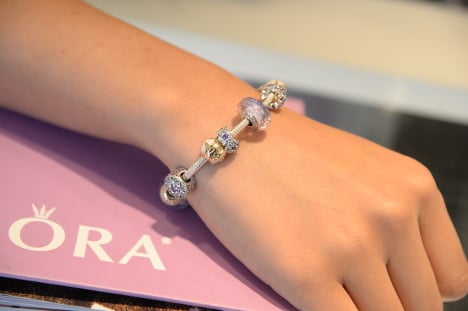