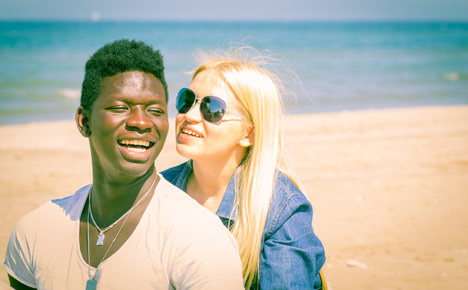 Some 200,000 Danes living abroad could be impacted by the new rule. Photo: Iris
The ECHR said in May that Denmark’s family reunification rules discriminate against people who are born outside of Denmark and obtain Danish citizenship later in life. The court said that the so-called ’26-year rule’, which gives dispensation to the ‘connection requirement’ (tilknytningskravet) to those who have been Danish citizens for 26 years is discriminatory. This clause was previously as the ’28-year-rule’ but was later amended to 26 years.
See also: Danish family reunification laws discriminate: court
In response to the ruling, Integration Minister Inger Støjberg, who has stood behind one set of tougher immigration restrictions after another, said that the Danish Immigration Service (Udlændingestyrelsen) will now apply the  ‘connection requirement’ to everyone.
“We will of course follow the [ECHR] ruling and have now analyzed its implications for the Danish Aliens Act’s rules on family reunification. The analysis means that we will not disregard the 26-year rule when immigration authorities process pending cases,” Støjberg said in a written statement provided to news agency Ritzau.
That ‘connection requirement’ calls on married couple to prove that they have stronger united ties to Denmark than to any other country, something that is expected to adversely affect many Danish citizens who are in relationships with foreign nationals.
Anne Marie Dalgaard, the general secretary of Danes Worldwide, an ogranization representing Danish expats around the world, said the government’s new plan “is simply too much”.
“This right here will be extremely damaging for Denmark and will trigger an outcry amongst Danes living abroad. A lot of them will abandon Denmark,” she told Ritzau.
The organization Ægteskab uden Grænser (Marriage Without Borders), which represents Danes in international marriages, similarly condemned the government’s decision.
“It clearly states in the Danish Aliens Act that the connection requirement does not apply if the people who live in Denmark have been Danish citizens for 26 years. They now say they will ignore that until they have changed the law,” spokesman Lars Kyhnau Hansen told news agency Ritzau.
“I can only interpret this as being plainly illegal,” he added.
It is estimated that there are at least 200,000 Danes living abroad that both organizations say will be greatly impacted by the change.
“The roughly 200,000 expatriate Danes are those who will be generally cut off from family reunification because they have been gone from Denmark for so long that they now have a stronger connection to another country,” Hansen said.
Støjberg defended her latest immigration restrictions, saying “it is very important to me that we maintain our strict family reunification rules”.