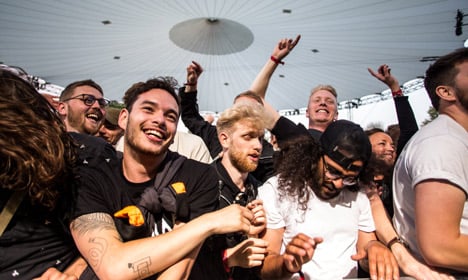 NorthSide didn't sell out this year but those who did come had a great time. Photo: Hjordis Jonsdottir/NorthSide
As my bus left Copenhagen on Thursday evening, I wasn’t entirely sure I was getting myself into. I was heading to Aarhus to check out the NorthSide festival for the very first time and had somewhat contradictory expectations.
On the one hand, there were several concerts I was really looking forward to seeing. On the other, much of the chatter I had heard about NorthSide wasn’t overly positive with many saying that the festival was too sanitized and dull.
See also: NorthSide festival 2016 as it happened
By the time I was Copenhagen-bound again on Sunday, I was convinced that both NorthSide’s most ardent fans and its harshest critics are probably both at least a bit right.
Here are seven things I learned during my first-ever trip to NorthSide
1. It shows Aarhus from its best side
My two days at NorthSide provided a number of excellent concerts by some acts that have been favourites of mine for a long time (more on that below). I had some really good food, and I found the festival grounds to be quite hyggeligt (to employ an over-used but in this case very apt descriptor), especially the Outside area, which had a bit of camping-in-nature feel.
The festival was very well-run, there were relatively short lines and everyone I chatted up was warm and friendly. It helped that the weather mostly cooperated, with a dry three days but biting cold on Saturday night.
NorthSide is a city festival with no camping option, which meant there was also time over the weekend to explore Aarhus. I’m already a fan of the city from previous visits, but this one made me like it even more.
I really enjoyed taking ’The Camino’ to the festival’s second day. It’s a 800-metre strip of Brabrandstien that is lined with all sorts of activities. Even though we cycled through fairly early in the day before things really got going, there was still a wonderful vibe:
And as if hosting a three-day music festival wasn’t enough, Aarhus was also home to a half-marathon through the city streets on Sunday morning. All in all, it was a weekend in which Denmark’s second city felt second to none.

2. It’s a bit of a private party
With that said, there was still a small town feel to the whole affair. It felt like the entire city (or at least its under-40 population) had turned out for NorthSide and while that is certainly wonderful for them it leaves non-Aarhusians feeling like they are on the outside looking in. More than once I had the sense of having a crashed a private party.
As I wrote before coming, I was very curious to see if NorthSide had an international feel. Although I occasionally heard some non-Danish conversations and struck up a nice chat with a father-son duo who had come over from England, the festival as a whole felt not only very Danish, but distinctly Aarhusian.
3. There were a bunch of big swinging dicks Iggy Pop. Photo: Anna Klode/NorthSide
There was a clear common theme from this year’s concerts: commanding, energetic frontmen.
From ageing rock god Iggy Pop and Refused singer Dennis Lyxzén strutting their stuff to Deftones frontman Chino Moreno and rapper Yelawolf both commanding the stage in their own unique ways, there was no shortage of hyper-masculinity exuding from the stage. Lyxzén even used part of his set to berate the festival organizers for the line-up’s striking gender imbalance, pointing out that not a single woman appeared on stage during the first day.

That was only marginally improved upon over the course of the next two days, thanks to a hypnotic Saturday night headlining spot by Beach House, a Sunday afternoon show from Danish trio Velvet Volume and a wild show from Puscifer with Carina Round balancing out the antics of Maynard James Keenan in the midst of co-ed tag-team wrestling. When one of the first women to hit the stage is a half-naked wrestler, it’s probably time to “get your shit together” as Lyxzen said. Yelawolf. Photo: Peter Kirkegaard/NorthSide
4. The sustainability/organic thing goes a bit overboard
NorthSide clearly, and rightfully, takes great pride in its green profile. The food and drinks are organic, more than half of the waste produced is reused or recycled and the festival reforests in order to cancel out its use of wood. NorthSide even holds itself to task by releasing a sustainability report each year. NorthSide takes its cleanliness very seriously.
But at times, it all seemed too much. At one point, I saw one of the several deposit collectors roaming the grounds take a cup that was holding a banana peel, dump the peel out and take the empty cup for the two kroner deposit. This was loudly tsk-tsked by those nearby and one guy was apparently so full of righteous indignation that he picked up the banana peel and immediately stormed off to the nearest bank of sortable waste receptacles. This does not strike me as normal festival behaviour.
The irony of the fact that he got in a huff about a biodegradable banana peel but seemed to have no problem with his buddies’ cigarette butts was not lost on me either.
It’s great to be green, but come on Aarhus, relax a bit.
5. The SnoreSide label is overkill, but…

NorthSide has a bit of a reputation for being boring and while I certainly wouldn’t go that far, I can see how it’s been labelled ‘SnoreSide’ by some. The biggest problem is that there aren’t enough overlapping concerts. Green Stage acts have the festival to themselves, meaning that if you don’t like what’s playing, too bad. With so few chances to choose one concert over the other, pretty much everyone at NorthSide has the same festival experience. Rather than picking shows, you pick when to take your eating breaks.
6. My tastes must be out of tune with the masses
In some ways, this year’s NorthSide seemed tailor-made for me. I was able to rock out in the pit to Deftones, satisfy my inner Tool fanboy with a highly-entertaining set by Puscifer and chill out to long-time favourites Wilco and Sigur Ros.

But I’m a 38-year-old American, hardly the target audience for a music festival in Jutland. And given this was the first time in three years that NorthSide did not sell out, what I viewed as a solid line-up must have been a disappointment to a lot of Danes.
7. You can’t compare it to Roskilde Some of NorthSide's well-mannered attendees. Photo: Thorsten Iversen/NorthSide
Heading in to NorthSide, I was very curious to see how it would compare to Roskilde. In short: it doesn’t. The two festivals have very little in common owing to the massive size difference. Roskilde is the largest festival in northern Europe, with a total of around 180 acts, six main stages and well over 100,000 attendees, while around 30,000 fans at NorthSide were treated to 41 acts on three stages.
Still, I couldn’t help but spend the first part of Friday focusing on where NorthSide fell short in comparison to its larger and more established Danish competitor. Where were the flags that make it easy to find your friends amongst the masses? Where were the roaming beer vendors saving you a trip to the nearest tent? Where were the colourful characters, the people passed out in the grass? The stench of piss and the sense of wild abandon? In short, where was the craziness? Not in Ådalen.
It wasn’t until after I had returned for day two that it dawned on me that the Roskilde comparisons were neither apt nor fair. A much more accurate comparison would be with the 80/35 Music Festival in my hometown of Des Moines, Iowa. Perhaps that sounds weird, but hear me out.
Both are multi-day, no-camping festivals held in mid-sized cities (the population of Des Moines’s greater metropolitan area is around 600,000 while Aarhus Municipality is home to some 331,000 people) that in their own very different ways have earned reputations as “the little cities that could”.
And in this comparison, NorthSide shined very brightly. Despite being in the larger city of the two, 80/35 could never draw the number of high-calibre American acts featured at this year’s NorthSide, let alone big international names like Sigur Ros, The Chemical Brothers or Refused. Sure, it could probably land some of the US acts, and indeed has, but when 80/35 books Wilco it is as a headliner, not for the 5.45pm time slot they were given at NorthSide owing to the larger names higher up on the bill.
It’s a shame that NorthSide may never get out from under Roskilde’s shadow. This weekend in Aarhus made it obvious that NorthSide casts a pretty big shadow of its own. By all rights, a city of Aarhus’s size shouldn’t be able to put on such a good festival but it does. And it does it in its own way, for better or worse. 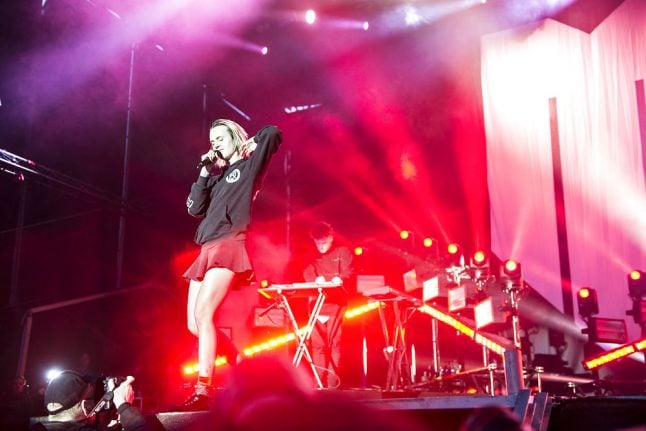 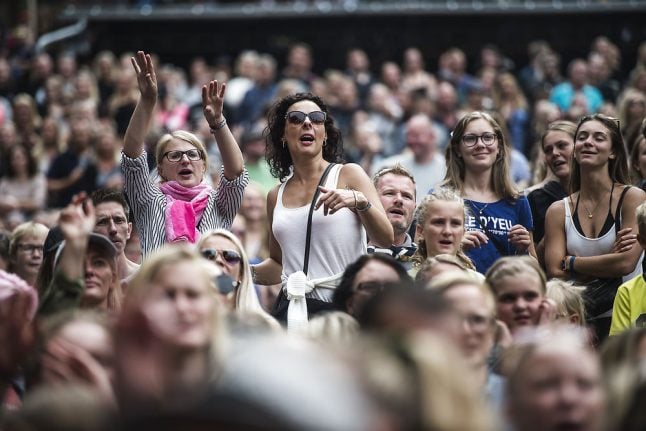