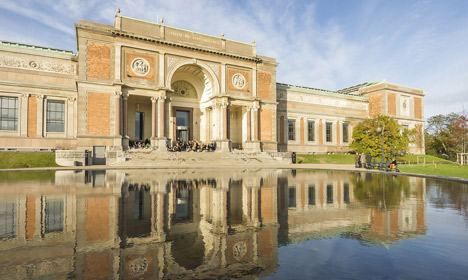 The National Gallery of Denmark. Photo: Xavier Allard/Iris
The words neger, the Danish word for Negro, and hottentot, a derogatory name for the Khoikhoi ethnic group, will be swapped out with afrikaner (African) or afroamerikaner (African-American) on 14 pieces in SMK’s collection.
“We carried out a spot check of our database to see if we could find words that are offensive and outdated. We found the word neger 13 times and we also found the word hottentot once,” SMK’s head of collection and research, Peter Nørgaard Larsen, told Politiken.
If the terms are part of the artwork’s official title, as in the case of the painting ‘Negerhoved’ by Dutch Golden Age painter Karel van Mander III, they will continue to be displayed but will be made secondary to the more neutral titles. In this case, the painting will be called ‘Hoved af en afrikaner’, or ‘Head of an African’. The work now known as 'Head of an African'. Photo: Public domain
The museum said it was inspired by a similar move by the Rijksmuseum in Amsterdam, which has changed over 200 titles and descriptions that include outdated racial terms.
See also: Danes, it's time to send n-word to ash heap of history
Hotly-debated word
But SMK’s move also comes in the aftermath of a recent controversy in Denmark over the word neger and its proper translation into English. That discussion began when Søren Espersen, a senior member of the anti-immigration Danish People’s Party (DF) defended his party’s much-discussed advertising campaign featuring an all-white family by saying they “could have inserted a Negro [into the campaign], and so what? What would that change?” before telling critics to “get into a summer mood!”
See also: Strangest political story in Denmark just got stranger
Espersen’s comments re-ignited a debate over some Danes’ continued use of neger, particularly since DF itself declared in 2013 that the world should no longer be used following an uproar over a local politician’s lament that money for the island of Bornholm was being redirected to “the Negroes”.
Espersen refused to apologize and said he would also use the term to describe US President Barack Obama, leading Danish MEP Jeppe Kofod to tweet that it was “scandal” that Espersen had called Obama a “nigger”.

That in turn led to a long debate over which English translation of the word was more accurate. After the story dominated headlines for five days, Kofod sent out a new tweet saying that ‘Negro’ was the more correct translation.

The use of the word ‘hottentot’ has also been debated in Denmark, most recently in June 2015 when the amusement park Djurs Sommerland was accused of racism for its “Africa Land” section that includes attractions like “The Cannibal Pots” and “The Hottentot Carousel”. The park declined to make any changes to its rides’ names.
See also: Danish theme park rejects racism charge
SMK’s decision was thus understandably greeted by controversy, with many saying that the museum would erase an important lesson from history by changing the names and descrptions of the artwork.
“The word Negro describes an inequality between people that is a part of history. We need to deal with that even if we don’t like it any more. If you start amending history, you risk missing out on hisotric depth,” Camilla Mordhost from the National Museum of Denmark told Politiken.
“To change history is to erase history”
DF’s Espersen told broadcaster DR that he was “full of contempt” over SMK’s decision.
“We can’t interpret history from the present. We need to read it from the past, when the artists used the word neger,” he said.
“It is changing history and to change history is the same as to erase history,” Espersen added, going on to say that the museum’s decision reminds him of totalitarian regimes “like the Soviet Union, Taliban and Islamic State”.
SMK’s Larsen rejected the notion that the museum was attempting to rewrite history or making its decision based on politcal correctness.
“As a national gallery, we have an obligation to follow along with the language and be as precise as possible. If there are better terms that create added value, we will use them,” he told Politiken. 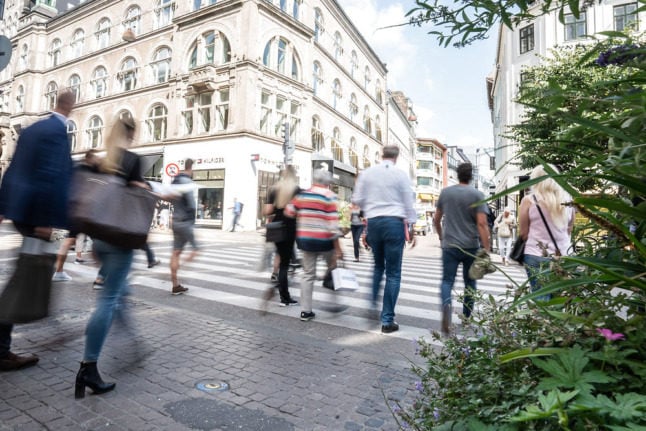