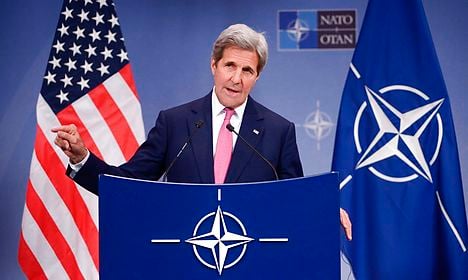 Happy to welcome my good friend @JohnKerry to #Copenhagen the 16/17 of June + visiting #Greenland together #dkpol pic.twitter.com/TFv3QkMvT5

“Denmark and the United States are bound together by a history, a culture, a democracy and a set of values. We have agreed to put this to use in order to set new standards and agendas,” Jensen said in a statement.
“In Copenhagen, I will discuss with John Kerry how we can expand our cooperation in areas such as counter-terrorism, free trade and the promotion of human rights. The visit will also provide an opportunity for John Kerry to experience Denmark and the Danish model of society, which is a topic of interest for Americans,” he added.
See also: CNN tries to 'feel the Bern' in Denmark
Jensen said that the US secretary of state’s trip to Greenland will give him “a first-hand impression of climate change and the challenges it poses” for the autonomous and largely self-governing member of the Kingdom of Denmark.
“A visit to Greenland by John Kerry underlines the American focus on the Arctic agenda. The United States currently holds the chairmanship of the Arctic Council, where we in Greenland are committed to continuing the constructive cooperation with a focus on the peoples of the Arctic and their needs,” Qujaukitsoq said.