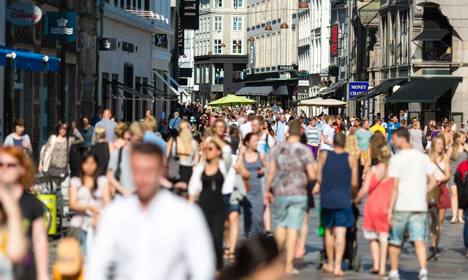 The court said that Danish rules unfairly discriminate against those who obtain citizenship later in life. Photo: Colourbox
The court said that Denmark’s rules discriminate against people who are born outside of Denmark and obtain Danish citizenship later in life.
The decision centred around the case of Ousmane Biao, a Togo native with Danish citizenship. In 2003, he applied for residency for his Ghanaian wife under family reunification rules. The couple was denied by the Danish Immigration Service, which argued that Biao had stronger connections to Ghana, where he had lived for 15 years, than Denmark.
The couple appealed against the decision but lost their case all the way up through the Supreme Court.
But the Strasbourg-based European Court of Human Rights (ECHR) sided with Biao, arguing that Denmark discriminates against non natural-born citizens by giving a dispensation to the ‘connection requirement’ (tilknytningskravet) to those who have been Danish citizens for 28 years.
This clause was known as the ’28-year-rule’ but has since been amended to 26 years. It is not to be confused with the ’24-year-rule’ in Danish immigration laws, which states that one must be above the age of 24 to achieve family reunification.
The anti-immigration Danish People's Party said the ECHR decision was “deeply problematic”.
“It is an attack on Danish sovereignty. It is unheard of that the European Court of Human Rights would go so far in relation to a state's right to define its own immigration policies,” party spokesman Martin Henriksen told Ritzau.
The decision was the second time in as many months that a European court has ruled against Denmark’s immigration laws.
The EU Court of Justice said in April that Danish immigration law illegally limits the rights of Turkish workers to bring their families to Denmark.