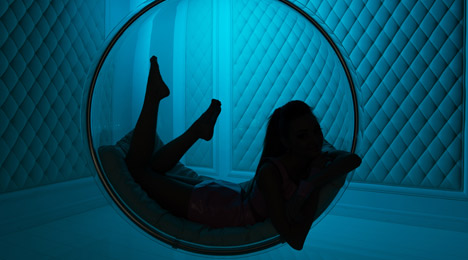 The club's leader said 18-year-olds shouldn't witness everything that happens in a swingers' club. Photo: Iris/Scanpix
But the Anti-Discrimination Board (Ligebehandlingsnævnet) recently ruled that the club engaged in age discrimination by refusing to hire an 18-year-old receptionist.
The club, which hypes itself as the first swingers’ club in the Nordics, is defending itself against the ruling by arguing that it has a “moral” obligation to only employ mature adults.
“He was a really young 18-year-old boy and we thought he was far too young. I didn’t want to hire an 18-year-old because you witness some things here that could seem very extreme and that I don’t think you should experience when you are so young,” the club’s leader, Trine Bennedsen, told Metroxpress.
Adam og Eva hosts advertises events including gang bangs, first-timers’ swinging, bisexual swinging and even ‘chill out evenings’. What happens at those events should not be witnessed by teens, Bennedsen said.
See also: Denmark's swingers' clubs are on an upswing
“I think we have acted morally. As an employee here, you see everything our guests do when you for example change the sheets,” she said.
The Anti-Discrimination Board didn’t rule on what constitutes an appropriate age for sex club work but said Adam og Eva’s job description was clear age discrimination.
According to the ruling, the job ad stated a minimum age in violation of discrimination laws.
“The swinger club […] is one of the oldest swingers’ clubs in the country. You will enter into a community with your colleagues and accommodate our many fantastic guests when they visit us. Everything erotic is forbidden while on the job. Apparel should match the mood. You are over 21 years old, possibly a student, 5-15 hours per week,” the ad stated.
The 18-year-old man who was denied the job filed his complaint with the board by pointing to the rejection he received.
“Hi, thanks for your application. Unfortunately the job is taken and the age limit in the ad is 21 years,” the rejection read, according to the Board’s ruling.
A 2014 report stated that Denmark’s swingers’ club scene is experiencing a revival after years of decline.
Bennedsen said the same trend is underway at Adam og Eva.
“There are more and more people coming to the swingers’ clubs and there is a need for more employees. We can’t decide who can come in the door but we can definitely decided who we hire,” she told Metroxpress, adding that she would not list age requirements in future job postings.
As a result of the Board’s ruling, the club was forced to pay the 18-year-old 5,000 kroner.