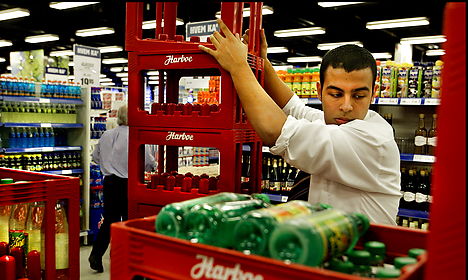 The court ruled that Denmark is illegally limiting the rights of Turkish workers to bring their families to Denmark. Photo: Søren Bidstrup/Scanpix
The ruling was on a 2006 case in which Caner Genc, a young Turkish man who was 13 at the time, was denied family reunification on the grounds that he was not suitable for successful integration. His older brothers were both successfully granted family reunification in 2003 to join their father Yasar Dogu Genc, who has lived and worked in Denmark since 1997.
The EU court in Luxembourg ruled on Tuesday that the young man’s rejection was a violation of the Ankara Agreement.
Danish immigration law limits Turkish residents’ rights to family reunification with their children if their applications are filed more than two years after the parent has been granted permanent residency. The EU court ruled that there is no reason to believe that integration should become more difficult after a two-year period and said that every individual family reunification case should include a concrete evaluation of the child’s ability to integrate.
The EU’s ruling on Denmark’s two-year rule is expected to have a principle effect on how the nation handles all family reunification applications from Turkish residents.
Sener Genc, an older brother of the case’s central figure, said that the Danish Immigration Service (Udlændingestyrelsen – DIS) had “ridiculous” reasons for denying his younger brother family reunification when it had granted the same application to the family’s older siblings.
“We are proof that their argument that he could not make a connection to society was wrong. They said he couldn’t master the Danish language, but if we can then he can too,” Genc, who is now a Danish citizen, told TV2.
After the ruling, Sener Genc told public broadcaster DR that it was “an indescribably wonderful feeling to have it confirmed that one has the right to be with one's family”.
“This isn’t just important for me and for us, but also for all of the other families in the same situation as us,” he said.
The EU ruling means that DIS will have to reevaluate the application of Caner Genc, now 24.
“Now the ball is in the court of the Danish authorities and we sincerely hope that they will give us the opportunity to live our lives together here in Denmark,” Sener Genc told DR.