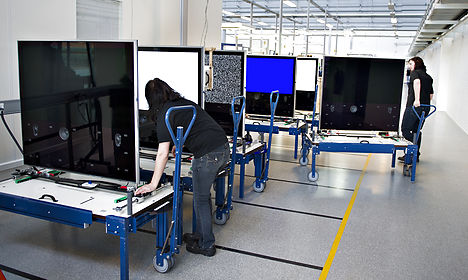 Bang & Olufsen's facilities in Struer. Photo: Henning Bagger/Scanpix
Qi Jianhong bought a 13.1 percent stake in the group, taking his total holding to 18.7 percent when combined with the stake of another company he controls.
“We are very happy to become a major shareholder, and as communicated previously we may in the future seek to achieve a majority ownership of Bang & Olufsen through a public offer for all shares in the company,” Qi said in a statement.
Bang & Olufsen said in November that it was in talks over a potential takeover offer, and in March Qi revealed that he was interested in buying the company for a “reasonable” price.
Founded in 1925 and known for its sleek, Nordic designs, the Danish company has posted annual losses over the past three years as more people listen to music on mobile devices.
To cut costs, it entered an agreement last month to outsource the production of its television screens to South Korea's LG Electronics.