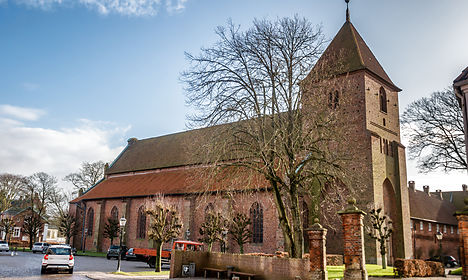 Using large advertisements on the sides of buses and through the website udmeldelse.dk, which provides short and easy instructions for leaving the church, the Danish Atheist Society (Ateistisk Selskab) appears to be causing an upsurge in withdrawals.

Up to 3,000 people have used the site, which forwards the necessary paperwork directly to parish priests who administer the withdrawals, Anders Stjernholm of Atheist Society told newspaper Kristeligt Dagblad.

“We are satisfied with results so far,” said Stjernholm. “The bus campaign invites a discussion about faith, while the [website] withdrawal campaign is aimed at the many Danes who have long thought about leaving the church, but have not done so because it is too much trouble.”

The website contains a link through which the necessary paperwork can be completed, which it states will save the average Dane 133,000 kroner in church taxes over their lifetime.

Beyond the eight billion kroner that the Atheist Society says the church receives each year from the state and its members, the group also points to the Church’s involvement in school curricula and the the popular practice of confirming students when they reach the seventh grade as reasons to consider withdrawal.

According to Kristeligt Dagblad, priests across Denmark have reported an increase in withdrawals since the campaign began. The parish of Vejlby near Aarhus, for example, saw 14 withdrawals during the first week of the campaign – far over normal levels and a cause of concern, according to parish priest Lena Kjems.

“We can see that the most common group is men between the ages of 18-25, which particularly affects us as a parish with many students,” Kjems told Kristeligt Dagblad.

Thomas Frank, Dean of Viborg Diocese, also told Kristeligt Viborg that the campaign was having an effect unlike anything he had seen before.

“Every single withdrawal means something for us as a church. It is concerning that it is so easy these days to click ourselves away from each other online. I have nothing against campaigns that encourage discussions about faith, but providing tools for withdrawal such as Atheist Society’s website is, for me, wrong and ill-mannered,” said Frank.

Danish citizens automatically become members of the Church of Denmark (Folkekirken) when they are baptized and can withdraw by written application to the parish in which they reside or by joining a different faith. To be married in a Danish church, at least one of the marriage partners must be a member of the Church of Denmark. Likewise, only members can be buried by a priest.

As of the first quarter of 2016, there were just under 4.4 million members of the Church, amounting to 76.9 percent of the population. Ten years ago, 83.1 percent of Danes were members. The church is partially funded by the Church Tax (Kirkeskat), which is automatically drawn from the normal tax contributions of its members and varies from 0.5 to 1.5 percent depending on municipality. The Church is administered by the governmental Church Ministry (Kirkeministeriet). This means that church and state are not separated in Denmark, unlike in most Western democracies including the United States.

The 3,000 withdrawals reported by Atheist Society are likely to cost the Church up to nine million kroner ($1.4 million), according to the Kristeligt Dagblad report. In 2013, the church tax represented around 77 percent of the church’s total income.

In 2015, 9,979 people withdrew from the church while it gained 6,967 new members, according to Kristeligt Dagblad.

“We can’t stop the Atheist Society from doing what they’re doing,” Frank told the newspaper. “But we can try to constructively raise awareness of what withdrawal means with regard to burials and other things. We can tell people what the Church Tax is used for, from registrations [e.g. of births and deaths, ed.] to maintenance of cemeteries and churches, activities for all age groups and much, much more.”

While the Atheist Society campaign to leave the Church is proving successful, Danes are also simply becoming less religious. According to a June 2015 analysis from the Pew Research Center, the religiously unaffiliated are now the second-largest faith group in Denmark.

In neighbouring Norway, there are now more people who  say they don’t believe in God than those who say they do and less than half of the members of the Church of Norway consider themselves Christians. 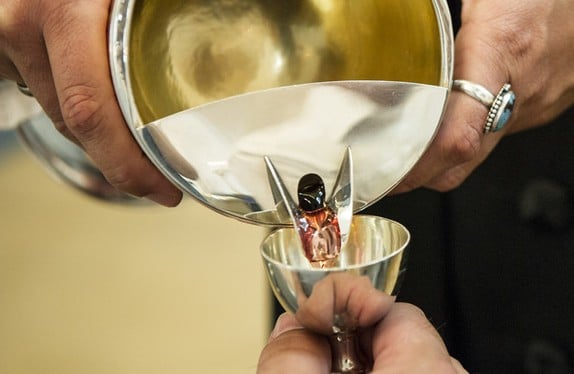