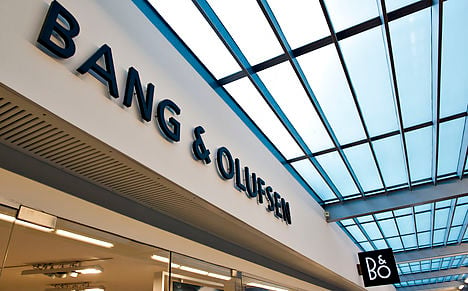 Chinese billionaire Qi Jianhong is reportedly interested in buying B&O. Photo: Henning Bagger/Scanpix
Bang & Olufsen, which has been in talks for months with a Chinese investor interested in buying the company, said its net loss for the December to February quarter, the third in its financial year, came in at 6.3 million kroner (864,000 euros, $970,000).
Sales, meanwhile, rose eight percent year-on-year to 703 million kroner, thanks largely to a strong performance of its B&O PLAY segment of stand-alone, portable products destined for younger buyers.
For the full year 2015/2016 Bang & Olufsen now expects revenue to grow by 12 to 15 percent over the previous year, “mainly due to higher revenue in B&O PLAY than expected”, which compares with a previous estimate of an 8 to 12 percent rise.
Bang & Olufsen shares were 1.4 percent higher in early afternoon in an overall steady Copenhagen stock market.
Danish media reported last month that Chinese billionaire Qi Jianhong was offering some 3.6 billion kroner to take over Bang & Olufsen. Qi is the largest shareholder in Chinese luxury goods distributor Sparkle Roll, but the company said that he was negotiating on behalf of a company in the British Virgin Islands bearing the same name, and of which he was the sole owner.
Bang & Olufsen first said in November that it was in talks over a potential takeover offer.
Founded in 1925 and known for its sleek, Nordic designs, the Danish company has posted annual losses over the past three years as more people listen to music on mobile devices.