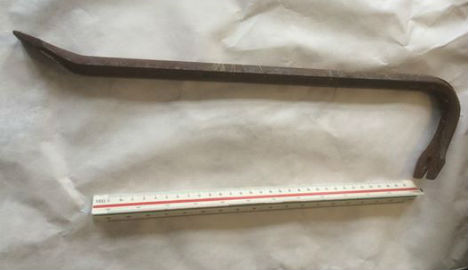 “We’ve come into possession of the crowbar in this picture and would very much like to return it to its rightful owner,” the post, issued by the North Zealand police force reads.
“You were in a villa in Apperup [near Helsingør] on Wednesday night last week at around 19.30pm, which you were visiting unannounced. You were obviously up to no good, because when the owner of the house and greeted you, you scarpered, but you lost your crowbar.”
The police notice concedes that although they had quickly arrived at the villa and attempted to pursue the crowbar’s owner, they had failed to apprehend him.
“We are now sending the crowbar to our forensics department to find out if there’s any DNA on it,” the note goes on.
“We would really like to find the owner to the crowbar. If you are sitting out there and missing your crowbar, you should just pop into your local police station – it makes everything that little bit easier.”