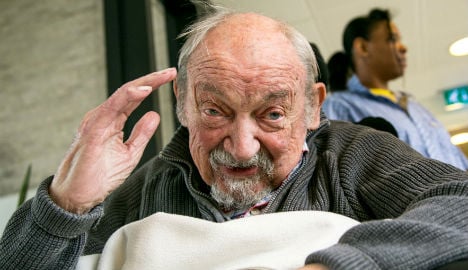 Anker Jorgensen
“Anker's contribution to the democratic and Social Democratic labour movement cannot be underestimated,” party leader Mette Frederiksen said in a statement.
Jorgensen's time in power was characterised by a sluggish economy and rising unemployment, and alhough popular, he was criticised for not doing enough to reform the economy.
He first became prime minister in 1972 after Denmark in a referendum had voted yes to joining the European Economic Community, of which it became a member the following year.
Known for his unpretentious and down-to-earth style, the former shipyard and warehouse worker began his political career in the country's trade unions.
“Anker Jorgensen went from a life as a warehouse worker to the country's highest office. That says something about the uniqueness of our society,” Danish Prime Minister Lars Lokke Rasmussen said in a statement.
Throughout his tenure he continued to live with his wife and four children in an apartment in a working class district of Copenhagen.
“Anker Jorgensen was the last real worker at the head of the Social Democrats,” Danish daily Politiken wrote.