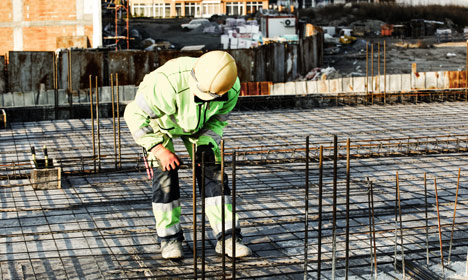 The PM said the plan would make refugees "a resource, and not a burden, for our society". Photo: Colourbox
The highlight of the agreement is a new so-called ‘integration basic education’ scheme (integrations-grunduddannelse – IGU), which aims to put refugees in short-term jobs at an apprentice salary level of between 50 to 120 kroner per hour. The IGU jobs can last for up to two years and refugees will also be offered skill development or education courses of up to 20 weeks.
Companies who hire refugees under the IGU scheme can qualify for a financial bonus of up to 40,000 kroner if the refuges are employed for two years.
Meanwhile, refugees within the scheme will be exempt from attending meetings at their local job centres and those who have a job offer under the scheme will be provided housing within the employer’s municipality.
PM Lars Løkke Rasmussen praised the agreement as a shining example of “the Danish model”.
“A job is the key to integration. Therefore it is essential that we more quickly get refugees into job so that they become a resource, and not a burden, for our society,” he said in a statement.
“The agreement is part of our strong tradition of working together with the job market to solve difficult societal questions together. I’m happy that we have given the Danish model new live with the deal,” he added.
See also: Denmark to refugees: Work first, learn Danish later
An earlier part of the tripartite talks netted an agreement on “increasing employment focus” in local municipalities’ efforts to integrate refugees. Under that part of the plan, Under the plan, local municipalities were told to focus exclusively on getting refugees into work, even at the expense of learning the Danish language.
The prime minister has openly acknowledged that Denmark has had a poor track record of getting refugees into the labour market. A 2015 analysis  from the Confederation of Danish Employers (Dansk Arbejdsgiverforening) showed that three out of four refugees who came to Denmark in the early 2000s were jobless ten years later.
See also: Løkke: 'We have a problem with integration'
Not everyone shared the PM’s enthusiasm for the deal. Danish People’s Party leader Kristians Thulesen Dahl called the results “sad”.
“Once again, special treatment of refugees and migrants over Danes,” he wrote on Facebook. “A new low-paying job market is coming. And when [the refugees’] two years at a low salary are over, the unemployment system will be waiting [for them], while new [refugees] will be hired at the lower salaries.”
The labour union FOA also expressed concerns about how the new agreement would affect Danish workers.
“This agreement will mean that municipalities can put refugees into jobs at 49 kroner per hour and I’m scared that we will see firings of people who have regular employment conditions,” FOA chairman Dennis Kristensen told broadcaster DR.
The full text of the tripartite agreement on integration in the job market can be read here (in Danish).