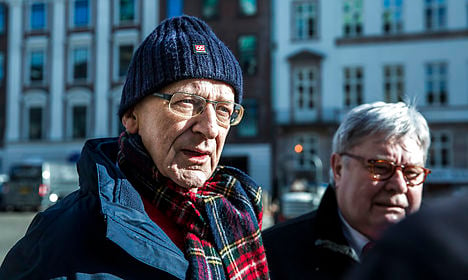 Jensen was one of the first witnesses to have boarded the fire-damaged ferry following the fire on April 7, 1990, which left 159 people dead.

The retired Danish ship inspector recently stepped forward in a series of interviews with the Danish and Norwegian press to say that the fatal fire aboard the Scandinavian Star was sabotage.

Jensen said that crew members were responsible for the fires that broke out when the ship sailed from Norwegian capital of Oslo to Frederikshavn in Denmark.

Having stated no confidence in the Norwegian police and accusing them of not speaking to him and investigating thoroughly at the time, Jensen has now gone to the Danish court with his account of the incident, which he claims to remember very clearly despite the 26 years that have elapsed since.

“With the Scandinavian Star I have a very clear picture, and I remember particular things very clearly,” Jensen said in court according to Danish broadcaster TV2.

A Danish lorry driver who subsequently died in the fire was originally accused of starting the blaze, but later cleared by the Norwegian police due to lack of evidence. Jensen has since claimed to be able to name the two individuals responsible for starting the fire, whom he says were employees on board the ferry.

“We expected [at the time] to be brought in for questioning by the Norwegian police, where our information [from inspections carried out in the aftermath of the fire] would have been invaluable,” Jensen said in court, according to TV2.

Jensen said that when he hadn't been contacted by the Norwegian police after the first three years had passed, he through out all of the notes from his investigation.

“After three years I could no longer stand to look at anything with Scandinavian Star on it,” he said.

TV2’s report of the hearing also describes Jensen telling the court about the dire state of the ship’s fire vents and that he found nuts that had been deliberately loosened amongst the remains of hydraulic parts, pointing to sabotage.

The second part of the hearing – in which Jensen was expected to name the individuals he suspects of starting the fire – remained behind closed doors.