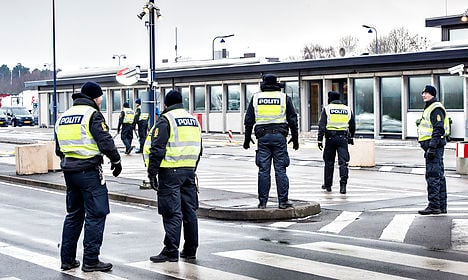 The controls, which enable police to carry out spot checks on vehicles crossing Denmark's German border, were first introduced on January 4th and have been extended three times in accordance with Schengen rules.

The new extension will keep the controls in place until at least April 3rd.

“A very large flow of people is still travelling towards Europe, and it is necessary for us to maintain border control in order to stay on top of who ends up in Denmark. While the Swedish border is de facto closed for asylum seekers without correct papers, there is a risk of large groups of refugees and migrants being stranded here in Denmark when they find themselves unable to travel onwards to Sweden. Therefore, we intend to extend border control by one month,” Integration Minister Inger Støjberg said in a statement.

The statement added that border controls will be reviewed continually, while spot checks will be intensified when necessary.

Schengen rules state that border controls may be implemented if there is considered to be “a serious threat to public order or internal security”.

The ministry statement confirmed that both the EU Commission and neighbouring countries had been advised of the decision to extend the control period.

According to the Danish National Police (Rigspolitiet), over 270,000 people have been checked at road, rail and sea borders since control began in January. 776 people have been denied entry to Denmark and 116 charged with human trafficking.

Mostly fleeing war and instability in the Middle East, more than 110,000 people have arrived in Europe by sea since the beginning of the year. About 44 percent of the arrivals are from Syria, according to the UN High Commission for Refugees.

On February 23rd, the last time controls were extended, a spokeswoman for Europe’s migration commissioner Dimitris Avramopoulos called on Denmark to end the border measures “as soon as possible”.

“Temporary border controls on the inner borders should remain extraordinary and proportional. The ultimate goal must be to return to a normal situation as soon as possible for all affected member states,” Tove Ernst wrote in a statement to news agency Ritzau.

Denmark's move came on the same day that Sweden announced its ID checks would also be extended by another 30 days.