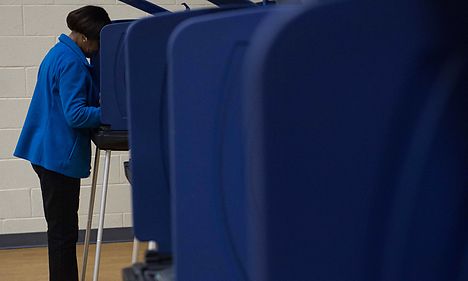 As Americans head to the polls in 14 states on Tuesday, expats in the Copenhagen area can cast their vote in a cafe. Photo: Nicholas Kamm/Scanpix
Democrats Abroad, an official organization under the Democratic National Committee in Washington, is holding its Global Presidential Primary on Super Tuesday, March 1, 2016.
In Denmark, in-person voting for Democratic presidential candidates will take place from 12pm to 8pm at Café Holberg No 19 near Nyhavn in Copenhagen.

American expats outside of the Copenhagen area can participate in the global primary by voting online or via fax or mail between March 1-8, Details can be found at democratsabroad.org.