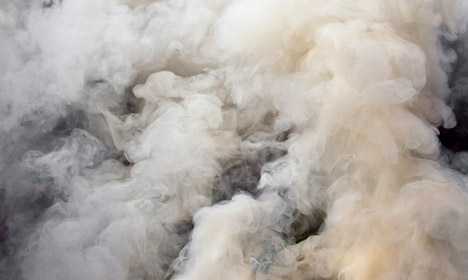 The fire led to mass evacuations but its full environmental impact was known for weeks. Photo: Colourbox
On February 3rd, a fire in the Fredericia Harbour caused nearby residents and businesses to be evacuated as flames and smoke spread through the area and officials feared an explosion.
It has now been revealed that the fire also released huge amounts of dangerous materials into the area.
“Several thousand tonnes of liquid fertilizer were released, some of which was collected in the harbour area. The silo containing the liquid fertilizer collapsed due to still unknown reasons and the fertlizer ran out with incredible speed and spread through the area. In the collapse, a neighbouring silo was damaged and palm oil ran out. The palm oil caught on fire,” Southeast Jutland Police spokesman Peter Balsgaard Nielsen said in a written statement to Metroxpress.
Lisbet Ogstrup, a senior consultant at the Danish Society for Nature Conservation (Danmarks Naturfredningsforening), told the newspaper that the incident was an “environmental catastrophe” of historic proportions.
“I can’t remember hearing about a single event in which so much [hazardous materials] were discharged at once. We risk an oxygen depletion in the area which would bring with it fish kills,” she told Metroxpress.
It wasn’t until after the newspaper’s report on Thursday – 22 days after the fire – that the Environmental Protection Agency (Miljøstyrelsen), the Danish Nature Agency (Naturstyrelsen) or Fredericia Municipality released information about the leaks and their potential environmental impact.
The long delay was criticized on Friday.
“The residents should have without a doubt been given the information,” Mette Abildgaard of the Conservatives told Metroxpress.
Lisbeth Bech Poulsen called the three weeks of silence “disgusting”.
“Of course residents should have been told – they move about there every day,” she told Metroxpress.
An Environmental Protection Agency spokesman told the paper that it would now measure exactly how much liquid fertiliser and palm oil was released into the environment so it could determine “if there is a need to announce more information”.