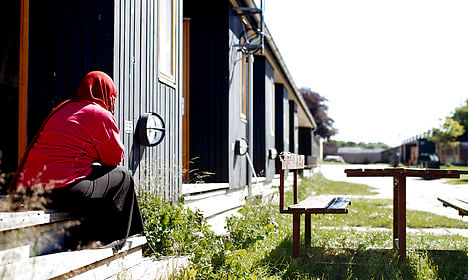 The minister said that it is "completely unacceptable" to have underage asylum seekers living as married couples. Photo: Bax Lindhardt/Scanpix
In a press release, Integration Minister Inger Støjberg said that future arriving couples in which at least one of the people involved is under 18 will not be allowed to live together in Denmark. Likewise, underage married asylum seekers already in the country will be separated.
“It is completely unacceptable that there are currently minors within the Danish asylum system living with their spouses or partners and I have asked the Danish Immigration Service to immediately put a stop to it,” Støjberg said.
“We should naturally ensure that young girls are not being forced to live in a relationship with an adult at the asylum centres,” she added.
Last month, the Integration Ministry obtained an overview of the Danish asylum system that revealed that there are currently 27 minors who have spouses or partners. According to a Wednesday report in Metroxpress, there are two married 14-year-old girls at Danish asylum centres. One is married to a 28-year-old man, while the other is pregnant and has a 24-year-old husband.
Metroxpress reported that a political majority within parliament supports denying asylum to men who have so-called ‘child brides’.
“It’s called paedophilia when a man gets a 14-year-old pregnant. We can give asylum to the 14-year-old but we should kick the grown man out,” Conservative spokesman Naser Khader told the newspaper.
The ministry press release said that all asylum seekers under 15 would be separated from their adult spouses or partners, while immigration officials would evaluate the cases of those aged 15 and above individually.
The age of sexual consent in Denmark is 15.