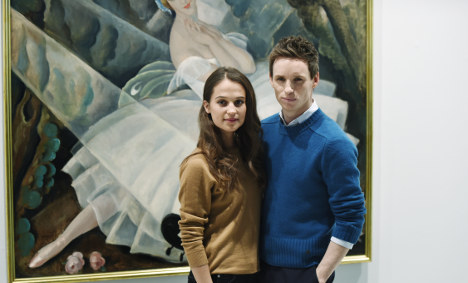 The movie, in which Alicia Vikander plays the wife of a transgender Danish artist, depicted by Eddie Redmayne, has already earned Oscar nominations for both stars and is being released in Norway, Denmark and Sweden later this week.

But Kuwait, Oman, Bahrain and Jordan have banned the film from being shown in cinemas, following a similar move by Qatar.

A Jordanian government official described the film as one which “promotes homosexuality and sex change”, while Qatar said its decision followed online protests about the “depravity” of the film.

Now the Council of Europe, an international organisation which seeks to promote democracy and human rights has chimed in on the row, with the Swedish deputy chairman of its Parliamentary Assembly leading efforts to reprimand Jordan, which has recently sought closer links with the European institution.

“We should raise the issue of this kind of censorship against LGBT rights, particularly in the light of the fact that last week we entered into a partnership for democracy with the Jordanian parliament,” Tobias Billström was quoted as saying by Swedish newspaper Dagens Nyheter on Wednesday.

He said that the assembly had sent a letter to Jordan, arguing that it believed that the country's actions were contrary to basic human rights such as freedom of speech.

“A ban of films like 'The Danish Girl' goes completely against the spirit of the partnership that the Jordanian parliament has entered — and we believe there is a need to remind our partners on this,” the text says.

The movie, which is loosely based on the lives of Danish painters Lile Elbe and Gerda Wegener in the 1920s, has already launched in a number of other countries in the Middle East including Egypt, Israel and Lebanon.

Its Scandinavian actress Alicia Vikander will find out later this month if she has scooped an Academy Award for her performance in the film.

The star who has also been in Hollywood movies including 'Anna Karenina' and the Julian Assange biopic 'The Fifth Estate' has been shortlisted in the 'Best Supporting Actress' category.