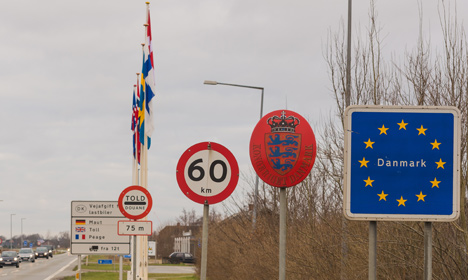 The border controls were extended for another 20 days. Photo: Colourbox
The government implemented the temporary controls on January 4, following Sweden’s decision to check the identification of all arrivals from Denmark.
In announcing the extension, Integration Minister Inger Støjberg said that the measures remain necessary as “we are still seeing a historically high number of asylum seekers and migrants heading to Northern Europe”.
“There is a danger that Denmark will end up as an end station for all of the people that wish to travel on to our Scandinavian neighbour countries and with the Swedish ID controls are still in effect, upon that background we still see a risk of illegal foreigners being stranded in Denmark if we end the border controls,” she said.
“The government needs to react to the completely extraordinary situation in Europe right now and we are doing what we think is necessary to secure public order and safety in Denmark,” Støjberg added.
A government statement said that the border control measures would be periodically reviewed and that Denmark’s random checks at the border with Germany would be intensified if needed.
The temporary measures were last extended on January 13.
According to figures from Støjberg’s ministry, 1,400 asylum applications have been filed in Denmark since the beginning of 2016. The government expects to receive 25,000 asylum seekers this year, up slightly from the roughly 21,000 who came in 2015.