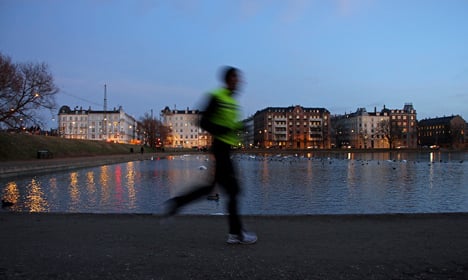 Photo: Colourbox
The Danish capital’s 6.9 billion kroner ($1 billion, €925 million) investment fund will sell off all its stocks and bonds in coal, oil and gas if the proposal passes as expected.
“Copenhagen is at the forefront of the world’s big cities in the green transition and we are working hard to become the world’s first CO2-neutral capital by 2025. Thefore it seems totally inappropriate for the city to still be investing in oil, coal and gas,” Mayor Frank Jensen told Information.
“We need to change that and I think this will sit will with Copenhageners’ desire for a green profile for their city,” he added.
The Danish capital’s assets are managed by the city’s own mutual fund, which has a total of 6.9 billion kroner in stocks and bonds. Initial reports on Copenhagen’s divestment plans did not indicate how much of the city’s money is currently invested in fossil fuels and a council spokesperson told The Guardian that it has not yet been decided how the city will reinvest the affected money.
The divestment itself is expected to cost one million kroner in fees.
Jensen said that he hopes other cities will follow Copenhagen’s lead.
“I’m not aware of other capitals that have made such a clear decision as the one we are now making. But I think more will follow in the wake of the climate agreement in Paris,” he told Information.
“The development will go quickly – we are now hearing about coal companies going bankrupt at a fast clip,” he added.
Copenhagen’s move follows a similar decision by the much smaller city of Roskilde last year. According to divestment advocacy group Fossil Free, a total of $3.4 trillion has been divested from the fossil fuel industry but over 500 different organizations, including more than 60 cities and municipalities worldwide.
Copenhagen joins Oslo as the only capital cities to make a divestment commitment.