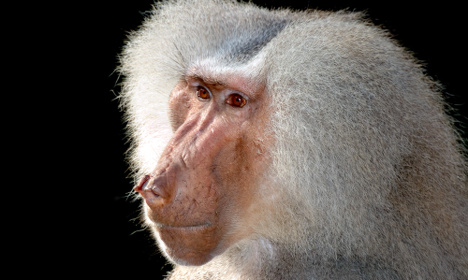 Baboons can become aggressive towards humans if hungry. Photo: André Karwath aka Aka, via Wikimedia Commons

The primate, described as the size of an average dog, was still believed to be roaming the town of Esbjerg close to Blavand Zoo following its escape on Friday.

“Don't try to catch it but call the police,” police said on Twitter where they also posted a picture of the animal wandering along a road.

Baboons, which can weigh up to 40 kg (88 lbs), can become aggressive towards humans if hungry.