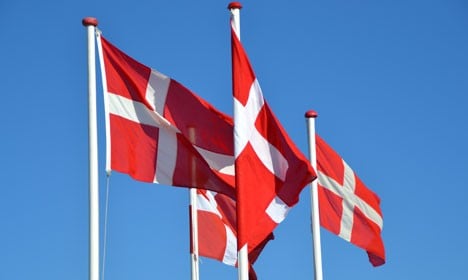 Could these flagpoles soon fly Faroese and Greenlandic flags? Photo: Colourbox
When it emerged two weeks ago that the Finance Ministry had asked employees at all public institutions, including schools and churches, to go outside and report back on the number of flagpoles on their property, no real reason for the task was given.
This led to significant social media speculation and accusations that the flagpole counting exercise was surely “one of the most idiotic bits of bureaucracy” of the young year, as MP Henrik Dahl put it.
But now Prime Minister Lars Løkke Rasmussen has put the mystery to rest, saying that getting a count on official flagpoles is a first step toward celebrating Denmark’s two autonomous constituent countries, Greenland and the Faroe Islands.
“I am a huge fan of the Danish Realm. I love Greenland, the Faroe Islands and Denmark and I think that we should value our shared destiny more. A few months ago, I therefore floated the idea that we should fly the Faroese flag on April 25 and the Greenlandic flag on June 21 (just as we do with the Danish flag on June 5) to commemorate exactly that,” Rasmussen wrote on Facebook, referring to the national flag days for all three members of the realm.
“Yesterday I found out that ‘flagpole-gate’ (the counting of the state-owned flagpoles) has its direct springboard from that thought. The good people around me went all in to prepare a solid basis for decision,” he added.
Rasmussen said that he will discuss the idea with Greenlandic and Faroese leaders before presenting a bill to the Danish parliament.
And as for the result of the much-discussed count? According to news agency Ritzau, there are 534 flagpoles at official state institutions.